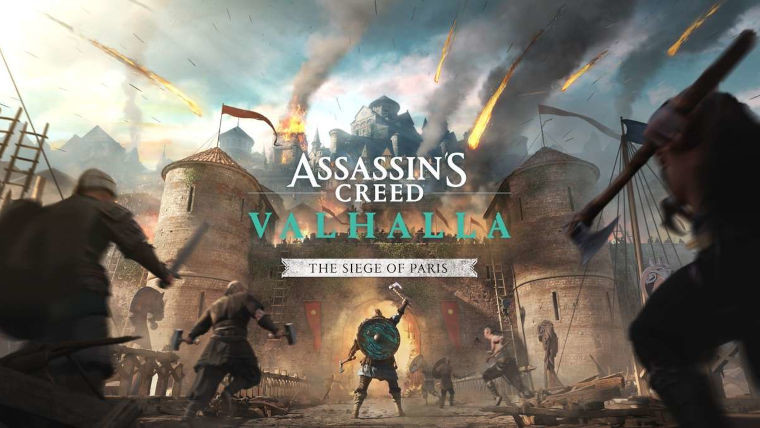 Microsoft has announced that owners of Assassin’s Creed Valhalla can now by the major expansion, The Siege of Paris, where players cross the English Channel to Francia. The $35 expansion is available for the Xbox One and Xbox Series X|S as a stand-alone purchase or with a Season Pass.

In this DLC, the protagonist Eivor will travel to northern Francia and explore three different provinces. Microsoft says each province is filled with ‘stories, secrets and intrigue’ ensuring you have plenty to be getting on within the new update. In addition to new stories, you’ll be able to unlock new abilities such as Golden Flame which allows you to plant a bomb on your enemies before pushing them away, Goule Breath which gives bystanders an illness that make them run away, and Plague or Rats which summons enemy-eating rats.

In terms of the gameplay in this update, you’ll have to fight the forces of Charles the Fat while forming alliances to help your clan, infiltrate the walls of besieged Paris, sail along the Seine river, and help the resistance to fight against the Carolingian Empire.

In anticipation of the game’s arrival, Ubisoft published a trailer to give potential buyers a taste of the new DLC content.

If you don't own an Xbox but still want to play The Siege of Paris, head over to the Assassin’s Creed website where you can find links to buy the update on PS5, PS4, the Epic Games Store, Ubisoft Store, and Stadia.