Copyright holders have been fighting with every weapon in their arsenals against the threat of piracy, from making viewers sit through preachy ads on DVDs that they’ve already purchased, to sending out threatening letters to those they believe to have illegally obtained content, and even suing individuals for incredible amounts of money.

Yet despite these efforts, and many more – including lobbying for legislation, such as the controversial SOPA and PIPA proposals, to deal with the issue more forcefully – piracy continues to thrive. The multibillion dollar entertainment industries are, unsurprisingly, furious at this state of affairs. 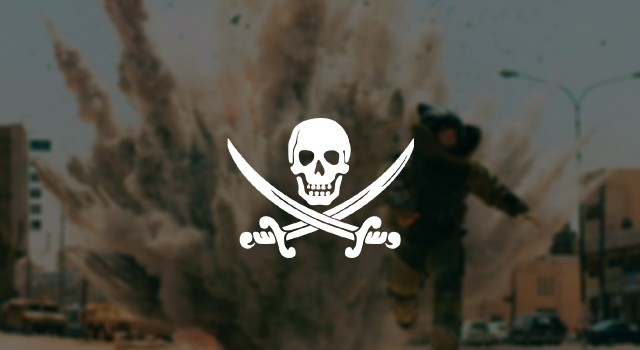 The fight has also been taken to internet service providers (ISPs), with some success. In the UK, for example, ISPs have begun to actively block certain websites that are known to facilitate access to pirated content. But, as TorrentFreak reports, access to such sites could soon be blocked on a browser level, following a patent awarded to security specialists McAfee.

The patent is to “detect and prevent illegal consumption of content on the internet”, and aims to identify when a user is attempting to access infringing content, prevent them from accessing it, and steer them towards a legal source of the content instead. 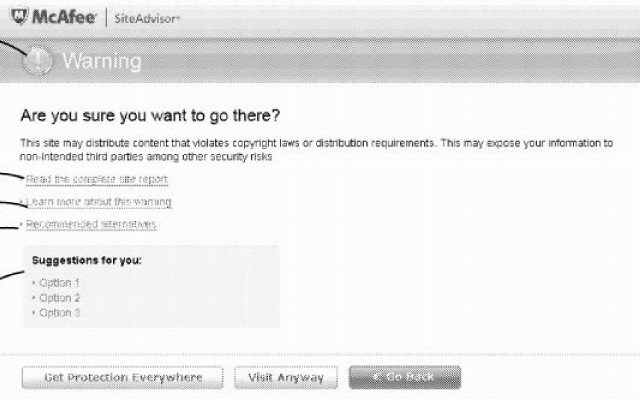 When attempting to access a site potentially providing an illegal stream or torrent of a movie, for example, the browser would actively intercept the URL request and ‘direct it to an intermediary server for analysis’, where it would be reviewed against a database of relevant information that would inform how the access request should be handled. If any red flags are raised, the user would be presented with a warning and offered an alternative, legitimate source (such as iTunes or Netflix) from which the movie could be viewed.

In the patent, McAfee points to the technology as being a development of its existing ‘SiteAdvisor’ tool. While the company acknowledges the obvious benefits to rights-holders with regard to protecting intellectual properties, McAfee adds that there is also an important security aspect to its proposals. It states that this “concern could relate to some potential threats caused by some unauthorized distributions. For example, it is not uncommon for an unauthorized distribution of material on the Internet to include malicious material.”

McAfee has made no announcements about plans to implement the technology in practice, but it’s not hard to see how popular this would be for the entertainment industries if it were to be implemented, and how hard they'll be pushing for its deployment. It seems inevitable that the company will roll out some version of this as part of its SiteAdvisor suite, although for those wishing to continue accessing pirated content, the solution to working around this obstacle seems pretty simple: avoid McAfee products.