In the last few weeks, more and more companies have joined Windows Phone, with many having already shown off their first handsets running Microsoft's mobile OS. Among them, we've seen the KAZAM Thunder 340W; a prototype handset from Polaroid; two new devices from Cherry Mobile; Alcatel OneTouch, with the first Windows Phone with a 64-bit processor; the Archos 40 Cesium; the My Go GoFone GF47W; and more.

It's been such a challenge keeping up with all the new additions that we put together a handy A-Z guide of the various companies that are now part of the Windows Phone platform, so be sure to check it out. 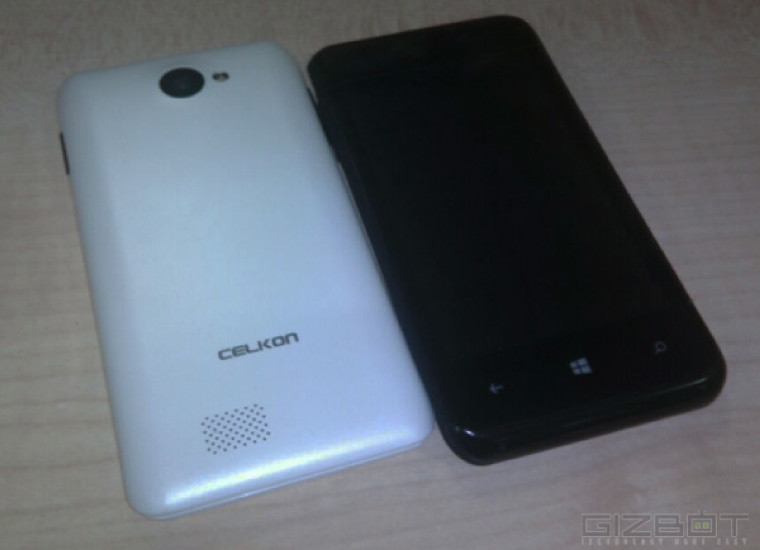 Today, we can add another company to the list, as GizBot has posted the first image of a Windows Phone on the way from Indian devices brand Celkon. The company offers a range of Android handsets and tablets, as well as ultra-low-cost feature phones, but the Win 400 marks its first venture into Windows Phone territory.

Like many of the handsets on the way from other brands new to the platform, the Celkon Win 400 will target the entry-level of the smartphone market, and will hope to appeal to the most budget-conscious buyers with an affordable price tag of around Rs.7000 INR (roughly $115 USD).

Its full specs have not been confirmed, but are believed to include:

It is not yet clear when the handset will go on sale, but it is believed that it will be sold exclusively via Snapdeal.com.