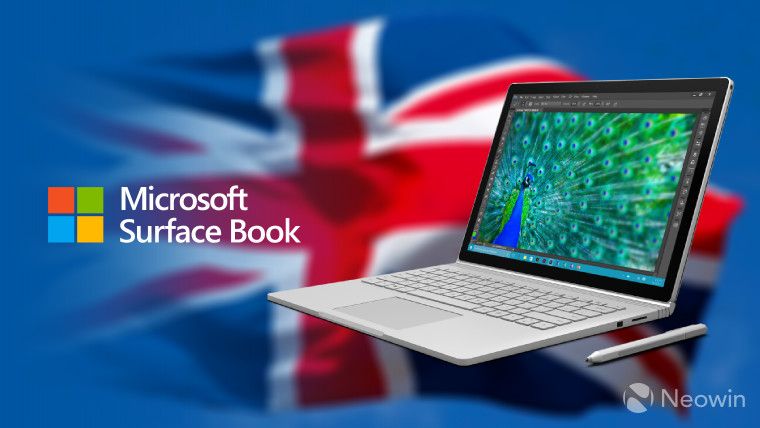 In February, Microsoft increased the cost of its Surface devices in the UK, with Surface Book prices rising by up to £400. Those pricing adjustments came as a result of the weak pound sterling against the US dollar, following the UK's decision last year to exit the European Union.

Microsoft has been running promotional offers on those devices almost non-stop since then, reducing the impact of its price increases. Following not one, not two, but three separate deals on those devices, Microsoft began a fourth UK offer last week, reducing the Surface Book and Pro 4 to their pre-increase prices. That deal ended as planned yesterday, at which point Microsoft immediately launched yet another one.

Now, the company is offering massive discounts on all but its entry-level Surface Book model - but this time, the offer is due to continue for the next two months:

Microsoft says that the discounts on the Intel Core i7 models will continue until May 31, but the small print specifically states that both Core i5 models are excluded from the offer, even though that's clearly not the case, given the price cut on the Core i5 variant with 256GB of storage.

So it's not clear when the discount on that latter model will end, but you've clearly got plenty of time to consider your purchase for the Core i7 models.

This latest long-running deal comes one week after Microsoft opened pre-orders for its Surface Book with Performance Base in the UK and 12 other markets. Given the length of this new offer, it appears that Microsoft is now clearing out stock of the older Core i7 models to make room for the updated and more powerful versions.

Microsoft is promoting the Performance Base versions in the UK as the "New Surface Book", priced from £2,249 to £3,149. They'll begin shipping to British buyers on April 20.