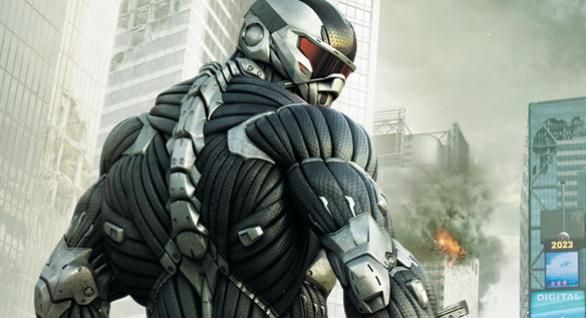 PC gamers who were disappointed that Crytek's latest game, the sci-fi shooter sequel Crysis 2, didn't come with DirectX 11 graphics support out of the box will finally have their patience rewarded in the next few days. The game's official community web site MyCrysis.com has announced that the next patch for the game, 1.9, will finally add support for DirectX 11 graphics when it is released on Monday, June 27. The patch notes for the 1.9 update can also be read on the web site.

Earlier this week, two download files were briefly and mistakenly made available on the MyCrysis web site before Crytek pulled the files. These two download packs will be officially released when the 1.9 patch goes live. The two packs won't be able to work in Crysis 2 without the 1.9 patch. One of the packs adds the actual DirectX 11 features which include tesselation, HDR motion blur, more realistic shadows and more. The other pack will be the high-res texture pack. This will give both DirectX 9 and DirectX 11 versions of the game access to higher resolution art textures. The 1.9 patch will also add a DirectX 11 benchmark level for those PC players who want to get framerate readings on their hardware.

In a chat with Gamasutra, Crytek's CEO Cevat Yerli admitted that releasing the PC version of Crysis 2 with just DirectX 9 support in March 2011 "backfired a little bit" because PC users were expecting that the game would be more of a high end experience, graphics wise. The release of the DirectX 11 patch is "a gift to the high-end community" according to Yerli. He added, "It lifts up Crysis 2 and gives a sneak peak of how PC gaming will evolve in the future, if you support a high-end preference."