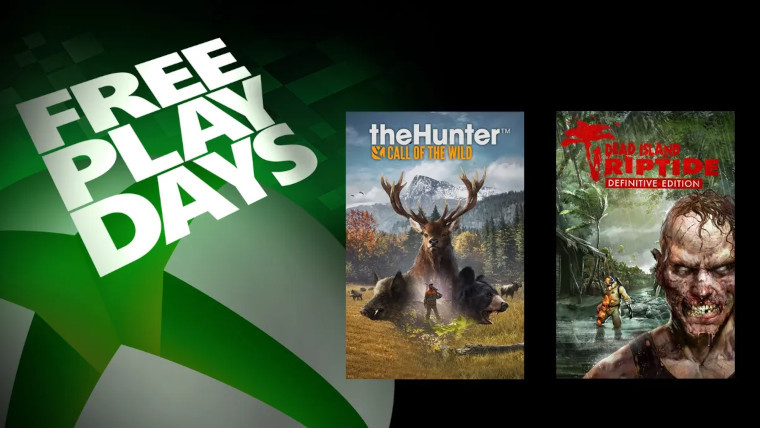 Xbox has announced the games that will be playable over the weekend as part of its Free Play Days weekend event. The titles this week are Dead Island: Riptide and theHunter: Call of the Wild.

To play, you must have an Xbox Live Gold or Xbox Game Pass Ultimate subscription. The games will be available until 11:59 p.m. PDT on June 26, so be sure to play by then.

It’s a little unusual this week as there are normally three titles to play, but not this time. Each week, the selected titles usually receive a discount too but only Dead Island: Riptide gets one this time – but it’s a big discount at 85% off. Typically, the Definitive Edition of Dead Island: Riptide is priced at $19.99 but with the 85% discount, it’s just $2.99.

To take part in the event, switch on your Xbox and go to the Subscriptions tab in the Xbox Store. From there, go to the Gold member area where you’ll find the Free Play Days collection. Xbox said that your Gamerscore and earned achievements gained through the event will be carried over if you decide to buy the games.