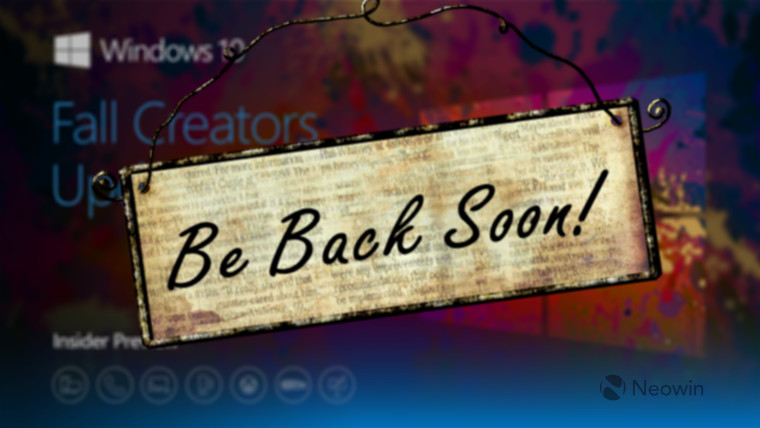 Windows Insider Program chief Dona Sarkar is currently on her way back to Seattle from Africa, following the #Insiders4Good East Africa Fellowship program that was held there this week, and earlier today she tweeted that Insiders should expect no more builds to be flighting before next week.

#WindowsInsiders we are done flighting builds for the week. Have an awesome week! ?

It must be noted that Sarkar's previous absence from Seattle didn't prevent a Mobile and PC build getting pushed out the last time she was in Africa back in February, and only this week Insiders got a shiny new Mobile build to play around with.

Although no specific reason was given for the lack of a PC build this week, Sarkar did mention that "We are running around triaging the feedback pouring in from you all!" And that is most likely no understatement. If you recall that it was exactly a week ago when build 16215 landed for PCs, offering a ton of new features. Obviously, with an enlarged feature set, there's the possibility of having to process a lot more bugs.

But if you were expecting to play around with a new build this weekend, you'll have to wait until next week, Monday at the earliest, since there hasn't been any mention of current bug blocking for the next build.

So from us here at Neowin, have a great weekend!