Dragon’s Lair: the game, the myth, the legend, the documentary. "Inside the Dragon’s Lair" is a new work from Sleepyeyed Films devoted to the arcade sensation created in 1983 by Rick Dyer's Advanced Microcomputer Systems. 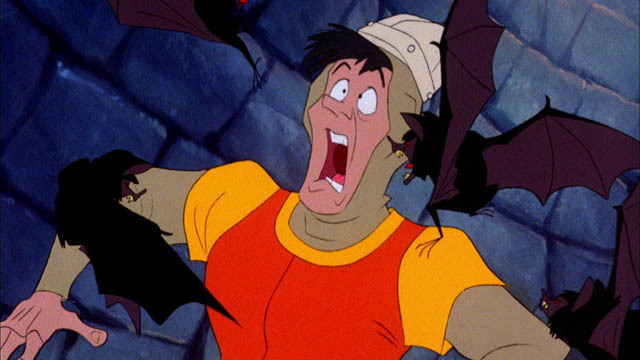 While arcade games (Mappy, Spy Hunter, Gyruss to name a few) were still trying to cope with the extremely limited hardware capabilities of the early Eighties, AMS put on the market a machine that played more like a cinematic experience than a proper, sprite-driven “video game” of the time.

The secret of this interactive cartoon brought to life by ex-Disney animator Don Bluth and his crew? The LaserDisc technology, of course, a 20-centimeters optical disk packed with analog video and digital audio contents rendered on the screen as a semi-interactive sequence of scenes, enemies, environments and deaths. Mostly death for the majority of gamers, indeed.

Produced by Justin Maine, written and directed by Martin Touhey, Inside the Dragon’s Lair "will give the audience an in-depth view of the extensive production process that created this revolutionary game". The documentary will feature interviews with the original creators, artists and programmers involved in the project, collectors and fans.

Right now you can view a teaser trailer below that gives a little taste of the documentary contents, while the project updates can be followed on Facebook and Twitter.