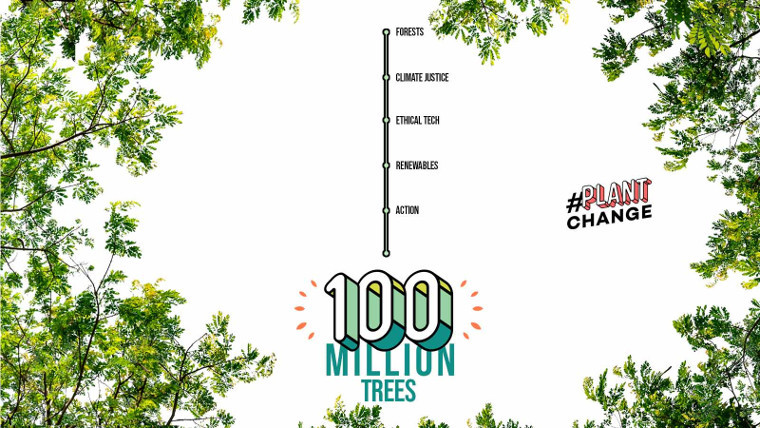 The ethical search engine, Ecosia, has said that it’s nearing 100 million planted trees. According to the website, more than 99.1 million trees have been funded since its inception ten years ago and it should reach 100 million in the coming days because it funds a tree every 0.8 seconds thanks to users performing web searches.

Ecosia is able to fund the planting of trees in countries on different continents by displaying advertisements to users which, in turn, generates revenue. On average, the revenue from the ads is able to fund a tree every 0.8 seconds. The 100 million trees are helping to combat climate change by taking in CO2 from the atmosphere which would otherwise trap the sun’s heat and warm the planet. According to the firm, the trees remove 1771 tonnes of CO2 every day.

Over the last year, Ecosia has run a few campaigns to encourage tree planting in response to specific events. Last year, when the Amazon was burning, the company decided to fund three million additional trees in the country. Then, when fires began in Australia this year, the firm decided to fund trees in Australia. Its latest campaign took place in May when it decided to start an urban tree project planting native species around more than ten hospitals in the UK to create healthier working environments.

While Ecosia is most known for its tree planting, it does help fight climate change in other ways too. Over the last few years it has been building solar plants, with these it has managed to produce twice as much solar energy as it needs to power all Ecosia searches. The firm also displays little icons next to some search results; it displays a green leaf if a company is ethical and tries to be environmentally conscious, while big polluters are adorned with a grey fossil fuel icon.

Since its launch, there has been a trend where people want more private search engines. Ecosia has updated its privacy policy in recent years to reflect people’s desire for a more private searching experience. If you’re interested in finding out how and where Ecosia spends the money its raises, you can check out their financials page where they show this information in an easy to understand format.