Messenger's design has become overly cluttered, Facebook admitted earlier this year. David Marcus, Facebook's Vice President of Messaging Products, said then that the company would streamline its messaging service this year. It's now making good on that promise as the social networking giant announced today a simplified version of Messenger.

Messenger 4 substantially reduces the clutter of its interface by cutting the number of tabs from the previous nine down to three. So, for example, you can now access both your one-to-one and group conversations through the Chats tab. Meanwhile, your friends, their stories, and everyone currently active are all combined into the People tab. The Discover tab, which now combines business pages and games, retains its dedicated spot at the right-most bottom corner of the home screen.

If you're in the constant habit of taking and sharing photos via Messenger, the camera feature is now directly accessible from the upper right corner of the home screen. You can also tell whether someone is playing a game or in an ongoing video call with new contextual icons that sit next to your friend's name.

Facebook noted that while the features currently accessible via tabs are less visible on screen with the latest update, they will remain available in the app. So you will still be able to do live-polling, share your location, play challenge games, and initiate group video chats. 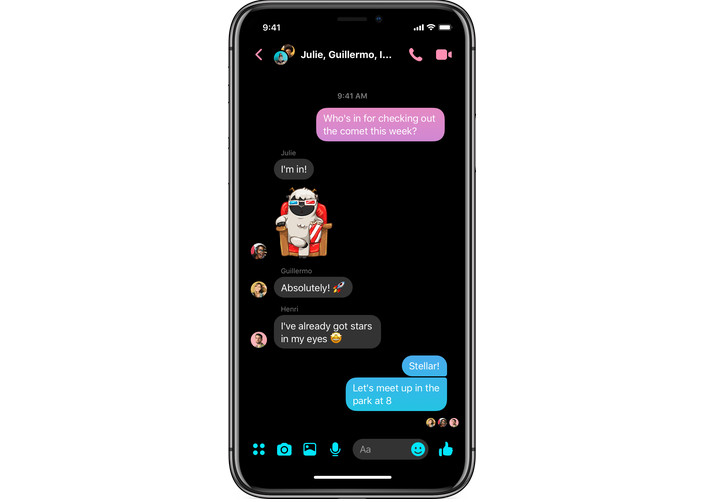 In addition to its refreshed and decluttered look, Messenger 4 has also previewed a dark mode that is expected to arrive in a future update. Facebook said it has begun rolling out the new Messenger today and it will be available worldwide in the next few weeks.