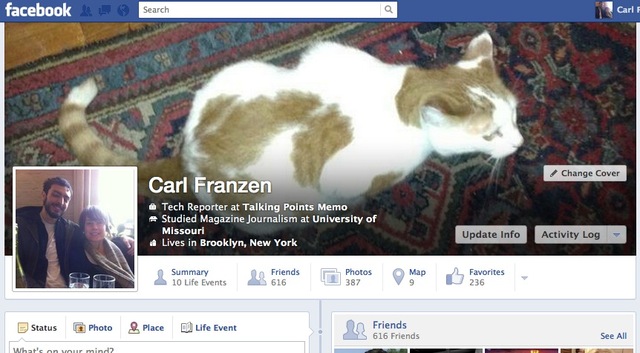 Shortly after Facebook went public on Friday, they quietly began testing a new look for the "Timeline" profile style on a limited set of profiles.

The new design, features small tweaks to the existing design that make it easier to view overall, moving the user name and other personal details onto an overlay of the cover photo and adding a gradient so that it's readable. It also adds tabs below the cover photo such as photos, friends, map and a new tab called "summary" that shows a list of life events the user has listed on their profile. Additionally, the "likes" button has been renamed to "favorites." 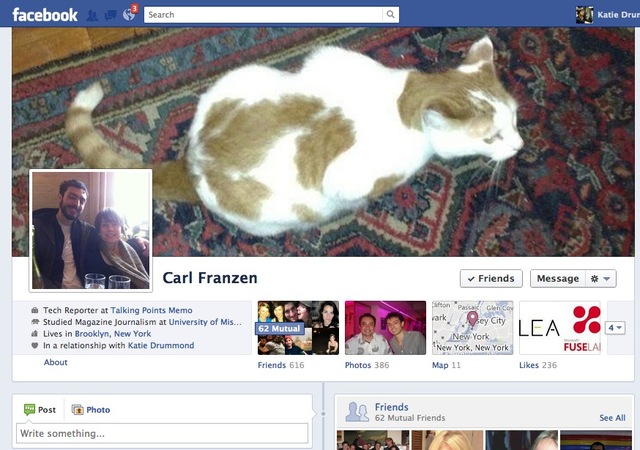 The changes aren't huge, but are probably the result of the Facebook hackathon before the IPO last week. We also saw a new, simplified notification menu quietly released last week too that allows users to control noisy applications. Talking Points Memo contacted Facebook, but they declined to specify if the look will become the standard timeline view eventually.