Timeline is coming. Facebook is rolling out a trial of the service in New Zealand, Stuff reports. The service, which aims to make it easier to view changes in a profile over time, will be tested out in the smaller market before it rolls out worldwide in the near future.

Facebook first started showing off Timeline back in September, describing it as a 'better way to tell your story.' It takes your updates, posts and photos and combines them into a seamless, scrolling visual experience. Rather than sifting through years of three word status updates, you can use timeline to get a quick view of all the changes that have taken place in a profile since its inception. And since it's retroactive, you can add events that you might have missed to Timeline.

Rather than just having updates and images appear on Timeline immediately after they get dropped from your Wall, you'll be given a week long period to choose what you want to show up in your Timeline and what you want to banish to the abyss. That way, potential employers won't see you dressed in a bear suit while sipping from your beer-hat when they try to get a broad view of what you've been up to. 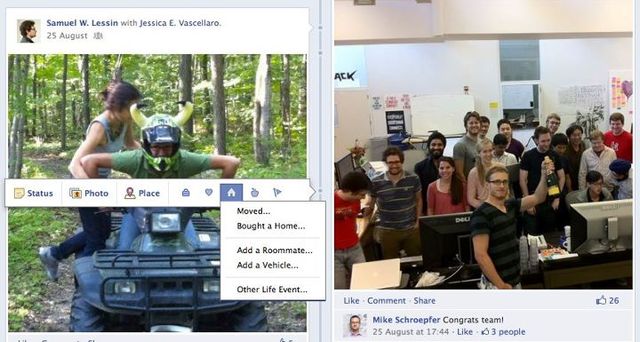 Since there aren't going to be any changes to what information gets displayed, only how it gets displayed, Facebook won't be making any changes to its privacy policy. Testing out in New Zealand will give Facebook time to work out Timeline's kinks in an English speaking country with relatively fewer users than the US or UK. It will also give them a chance to see how Timeline is going to affect performance, since Facebook's servers are going to end up having to display a lot more information that hasn't been accessed very often until now.

Hopefully we'll be seeing Timeline roll out worldwide in the near future, assuming that all goes well. It remains to be seen how well Facebook's user base will adjust to the new feature; it's going to take a bit more curation to keep trivial or embarrassing posts from becoming part of the definitive record of your life.