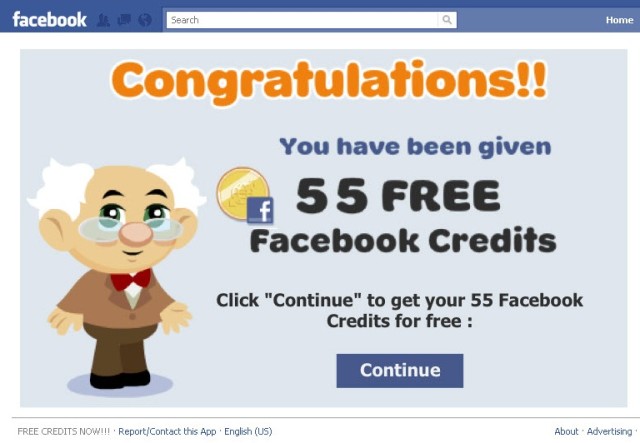 Facebook has been an enormously profitable business venture but its success isn't limited to founders and employees alone. According to a group of Italian researchers, spammers and scammers could be making up to $200 million per year off it too.

If you've looked at any big fan-page on the site you’ll have seen plenty of posts about free iPhones and iPads; Facebook’s terms of service prohibit this, but have had seemingly little preventative effect.

Scam URLs are typically shortened down with Bit.ly or TinyURL links, masking their true destination. Almost 10% of these masked websites use AdSense for their money-making schemes, meaning Google is getting a slice of the profits too.

Andrea Stroppa and Carlo De Micheli, the two leaders of the research group, were able to conclude approximate values per spam post. For a page with roughly 30,000 likes, spammers could make up to $13, for a page with 100,000 fans, that shoots up to about $58; multiply that by 18,000 or so posts per day, and then consider that as annual earnings.

Even then, that isn’t always profitable enough, some spammers create pages and sell spam statuses to others, substantially boosting their own income.

The information presented by researchers is eye-opening. Facebook spam is surprisingly lucrative, earning more than some 'legit' businesses.