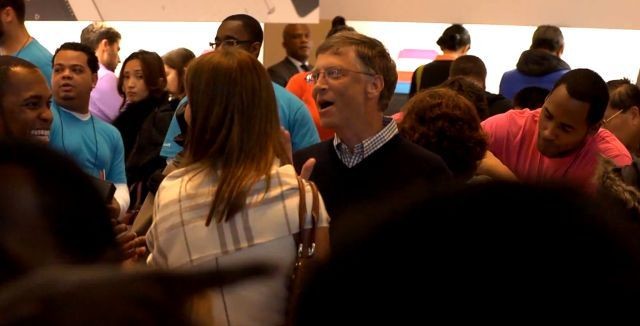 The big question in the tech world in the last week has been, "Who should Microsoft pick to replace Steve Ballmer as CEO?". The speculation is so wild even sports betting websites have a list of candidates with odds. One of them is current Microsoft Chairman and co-founder Bill Gates, who served as CEO until he gave that job to Ballmer in 2000 (he currently has 50-1 odds on the Ladbrokes betting site).

Gates retired from day-to-day work at Microsoft in 2008 to concentrate on his charitable duties with the Bill and Melinda Gates Foundation. He has repeatedly stated in interviews that he has no intention of returning to work at Microsoft full time. However, Marc Benioff, the outspoken head of the cloud computing company Salesforce.com, believes that Gates is the best person for the CEO gig, at least for the moment.

In an interview with CNet.com, Benioff says that if Gates returned as CEO, he would bring a new level of excitement to Microsoft, adding, "There is no clear candidate with the visionary skills to turn company around other than Bill Gates." Benioff suggests that Gates announce his return to Microsoft's top spot on an interim basis, saying, ""He could come back with new ways to run the company, let (his wife) Melinda run the charitable foundation, make changes and identify the next leader to come, with a clear window of three years."

While it is unlikely that Gates would suddenly break away from all of his charity work to come back to Microsoft full time, it's certainly true that the idea of Gates returning as CEO, even on a temporary basis, would generate more buzz about the company than any other person who has been suggested to take over from Ballmer.