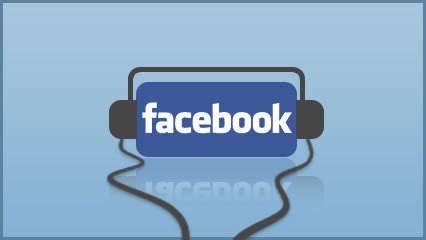 Mark Zuckerberg didn’t have his priorities in line yesterday. At the f8 developer conference keynote, Zuckerberg went in depth on the new profile feature, Timeline, and discussed the various ways OpenGraph has been changed to report on even more of your arguably meaningful activities on the Internet.  It just so happened to be that one of those new capabilities that OpenGraph brings to the table is media sharing. This was talked about briefly, almost glossed over, and Spotify CEO Daniel Eck was brought on stage to give a perfunctory “Hi. We think this is pretty cool. Bye” before Zuckerberg quickly moved on to another order of business.

Many news outlets already had articles already halfway pre-written announcing the beginning of a Facebook music service, predicting that feature to be the highlight and blockbuster feature of the event. In fact, we had a bit of an editorial struggle here yesterday deciding who was going to devote an entire post just to the Music announcement. In the end, we decided it wasn’t worth it, given the dearth of actual information provided.

This is surprising because it almost seems like Zuckerberg didn’t realize how much of a grand slam he hit in making Faceify happen (That was Facebook/Spotify for the DIY-contraction challenged). I wrote a while back about the battle of the titans in the cloud music space, and wondered when someone – be it Microsoft, Amazon, Google, Apple, or Spotify – would create the one killer app to rule them all, a music cloud/subscription service that would include the features necessary to overcome the steep competition. Facebook was not on that list. At the time, the platform just wasn’t ready. Here’s what I said:

Nevertheless, the game isn’t over by a long shot. Facebook has been conspicuously absent from the fray, and considering their own presence in the infrastructure and content hosting industry, it's only logical that they make a solid attempt at entry. They do have plans to partner with Spotify to offer the popular subscription service on their social network platform, and adding cloud music storage to that equation could be golden for them. However, that hasn’t been announced in any way, and is purely wishful speculation.

That all changed yesterday.

Facebook is taking the social music platform that Spotify started and giving it a shot of adrenaline in the heart. All of a sudden, your measly 10 Spotify friends who aren’t paying enough attention to your playlists to make it worthwhile have become your hundreds of Facebook friends that are basically forced to notice every time you listen to a track. They are then able to listen to that track immediately, implicitly creating feedback and creating a sharing loop that every social media outlet dreams of.

Subscription options – Facebook isn’t providing this service, but is smartly partnering with other services to make Facebook the hub of every music subscription model that would ever want a few million more users. Spotify is the headliner, mainly because of price, but you can bet that Zune Pass, Rhapsody, Rdio, and all the other players will be wanting a piece of this.

Streaming + Offline Storage – Regrettably, this is something Facebook will not be able to offer. However, that doesn’t mean that developers won’t be able to write apps for it. Whenever Zune Pass gets a Facebook app, there very well may be the capability to store your music offline, integrating nicely with Zune Desktop and Mobile software. Don’t rule this out yet.

Music Matching – Once again, this is going to be primarily up to the developers. Since Facebook isn’t offering the music itself, it won’t need to actually match your music. One could argue, though, that by matching up your music with others, and allowing you to stream other people’s libraries, Facebook is actually providing a matching service here. It’s kind of a stretch, though.

Mobile Access – Heck, ya. I don’t think Zuckerberg could have stressed the mobile aspect of the new Facebook features enough. The goal is to make everything announced for the web client available for mobile clients. Since Facebook is just a little ubiquitous in the mobile scene right now, mobile music sharing services will be all Facebook, all the time. This is one area where Google could have preempted the competition, but their sluggishness with Google Music (Beta) and their non-willingness to negotiate with labels or partner with third-parties caused somewhat of a feature-barren and non-social cloud music scene for them.

Library Organization – Developers will be on this like a hobo to a hot dog (as they say in the local vernacular). With all the Music in an accessible OpenGraph API, it shouldn’t be too difficult to offer ID3 tag assistance and album art finders. Some services may be better at this than others in the end, but you can’t have a great music sharing platform if everyone’s tags are different. Standardization is key here.

Pricing – This is the exciting part. Until now, each service has existed in its own walled garden, so to speak. Each subscription had its own client, player, website and pay model. Facebook will be the great equalizer. Now that all services will essentially be competing on the same stage, marketing to the same users, all pay models will have to face a Spotify-induced reckoning. Spotify, while bursting onto the Facebook scene, also announced that it was opening its free subscription to all of the US, and for six months, you can have unlimited music streaming. Spotify hopes that by the time the grace period is over, many users would rather pay the $5/month for basic access rather than limit themselves to 10 hours of music a month. The $10/month services will have to adapt to this or simply forget competing on Facebook. I love competition.

Overall, this was a genius move by Facebook. They are offering the most robust music sharing option to date, allowing for more options than the industry has ever seen on one platform, and they don’t have to actually store any music. They get all the data mining/hoarding benefits of applying music preferences to the OpenGraph treatment, and they are letting the already-entrenched subscription services do the dirty work for them. In the end, Facebook comes out a huge winner, at little cost to them. Services like Spotify and Rhapsody salivate at the chance to be part of Facebook’s 800 million strong user base, and Facebook now has the development platform in place to really make this happen.

Zuckerberg implied that the changes to OpenGraph will cause tectonic shifts in every industry it touches; I’m not one to fall for keynote hyperbole, but the potential for disruption here is enormous. The industry had it coming, and musical consumers will be the ultimate winners here.