The past month or so has seen a fair few rumors flying about regarding new Apple computers (iMacs, MacBooks and even Mac minis), some of which are supposed to be packing redesigned peripherals. Engadget has just earlier revealed the FCC filings for said input devices, confirming the existence of both the mouse and keyboard.

The revamped mouse and keyboard are touting the model numbers of A1296 and A1314 respectively, compared to the old A1197 and A1255; unfortunately, that's as juicy as details get, as Jobs and the gang will want to make their usual launch event as surprising as possible. It's expected that the mouse will bring with it new multitouch features, potentially doing away with the old scrolling nub, which has received many complaints from those who use it. The new features fall in line with previous multitouch mouse rumors, and would make sense considering the gestures available on Apple's portable line of hardware. Another interesting point to mention is that Steve Jobs himself is said to be leading the development of the new mouse, in addition to the rumor that he's lead on the supposed Apple tablet project, apparently launching early next year.

If you follow Apple rumors at all, you'll know that the new computers are rumored to be launching in a couple weeks, so we'll see how that goes in terms of trustworthiness. Lastly, we've included the FCC images of the two devices, for you to peruse. 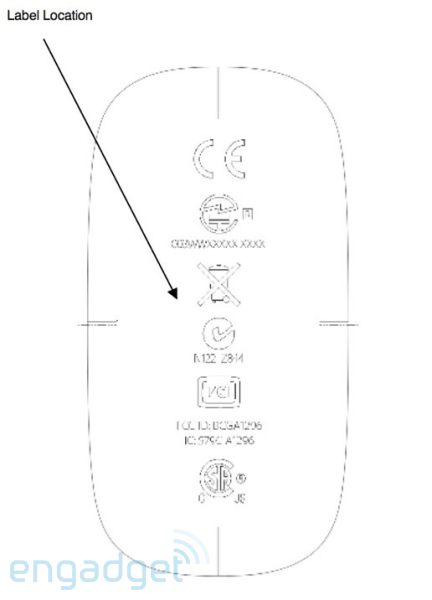