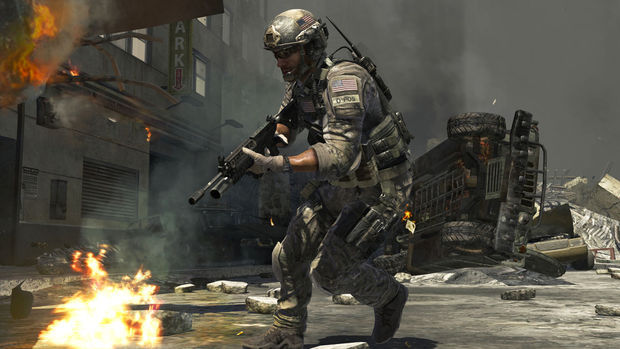 Call of Duty Modern Warfare 3 has suffered from tons of rumors and Internet leaks about its content but this morning the first real previews started showing up on various web sites for the next game in the mega selling first person shooter series. The previews, which can be read at sites like Joystiq, Kotaku, VG247.com and many other sites, all report on the same presentation from publisher Activision. It was a 25 minute live gameplay demo showing off two sections from the single player campaign.

As we have reported before, Modern Warfare 3 is a collaboration between two of Activision's internal development studios: Infinity Ward, who originated the Call of Duty series but now no longer has the studio's co-founders or many of its original team members, and Sledgehammer Games, a new studio formed by members who previously worked at Electronic Arts on the first Dead Space game.

According to the previews, the first part of the demo showed a battle sequence in New York City, specifically in the Manhattan financial district. The other sequence shown took place in London including some action inside that city's tube (i.e. subway) system. So far the impressions of the press demo have basically said that while these single player scripted sequenced looked impressive they also didn't differ much from previous games in the series.

Of course, the single player campaign is in fact the smallest part of any Call of Duty game. For many players it's the multiplayer features that they care about. Officially Activision is keeping details of that part of Modern Warfare 3 a secret, although there are certainly lots of rumors about that portion. Call of Duty Modern Warfare 3 is due for release on November 8.