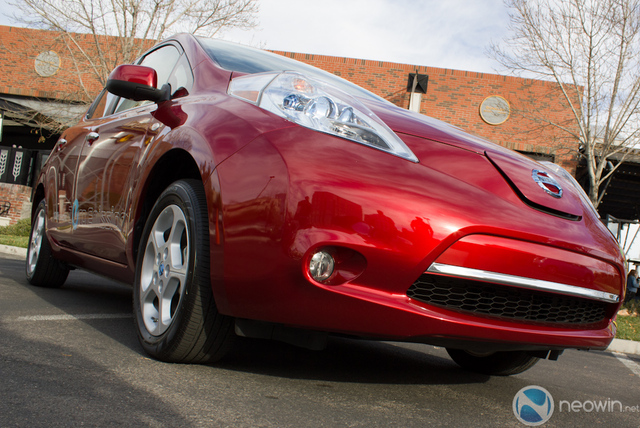 Nissan has taken a very large step into the world of a completely emissions free vehicle. The Nissan Leaf, which went on sale shortly before CES, is their fully electric offering and the vehicle offers some really cool tech to make that happen. The vehicle, for some is a pain to look at. Nissan admits that the design is hit or miss with most customers, but is very efficient and tends to stand out, which is its purpose. The vehicle's headlights are sort of neat, they stand up and out from the body and it helps contribute to making the vehicle look like an insect of sorts. 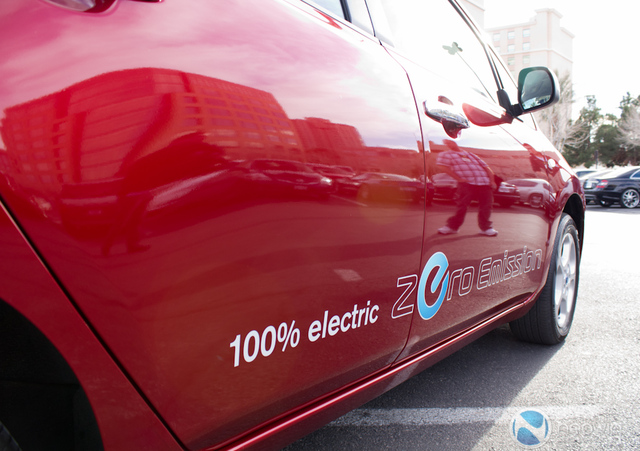 The Nissan Leaf is 100% electric and thus produces no emissions. The federal US government is offering $7500 back off of the almost $33 000 USD asking price, while Californians will gain a further discount and the ability to drive in HOV lanes throughout the state. The powertrain is Nissan developed with parts derived and supplied by NEC, putting out the equivalent of 110hp and 210 lbs/ft of torque. The vehicle is peppy off the line, but still accelerates like an econobox, which for power consumption is smart. Torque delivery is very linear, it accelerates not unlike a golf cart. 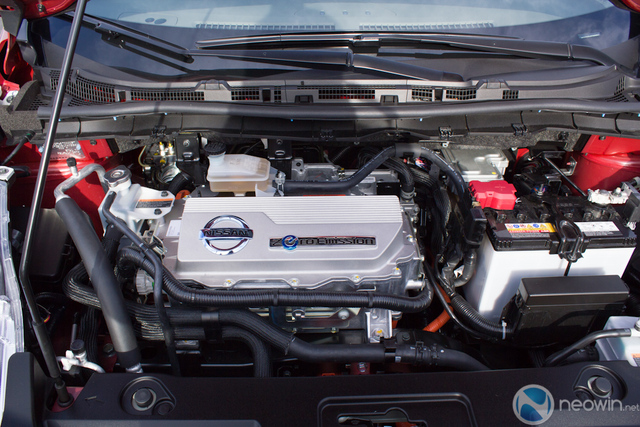 Taking a peek into the "engine" bay, if you weren't told this was an EV, you might have trouble figuring that out. The engine bay is laid out visually like a traditional car, but there are no gas lines or air intakes! 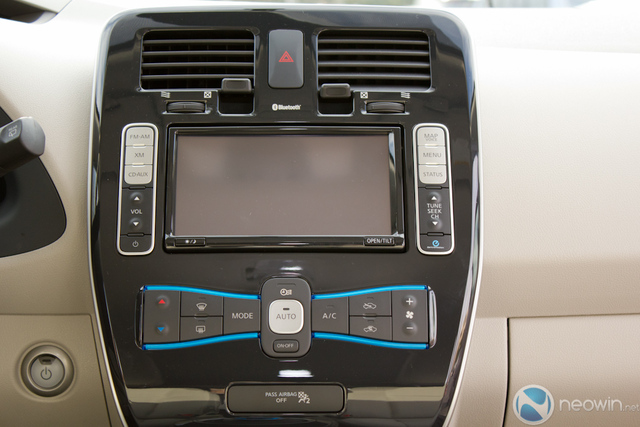 The Leaf can be charged in multiple ways: Over 110v standard outlets (which takes 18 hours); Over 220v level 2 outlets, in less than 8 hours and over a TEPCO Level 3 outlet, it will charge to 80% in about 25 minutes. Nissan showed off the onboard instrumentation of the vehicle which provides a ton of information including range numbers, charge cycles, battery state, charging locations and much much more. This is all supported by a central Nissan datacenter that provides information to the vehicles. Also interesting is that mobile phone apps are provided which allows the vehicle owner to either pre air condition or heat the car remotely so that it is the proper temperature before a trip. This is because the initial climate control setting is normally the hardest on the battery and requires the most energy so doing it while plugged in saves battery charge. Also, the instrumentation calculates battery estimates based on climate control, stereo and other device usage and adjusts its readout accordingly. 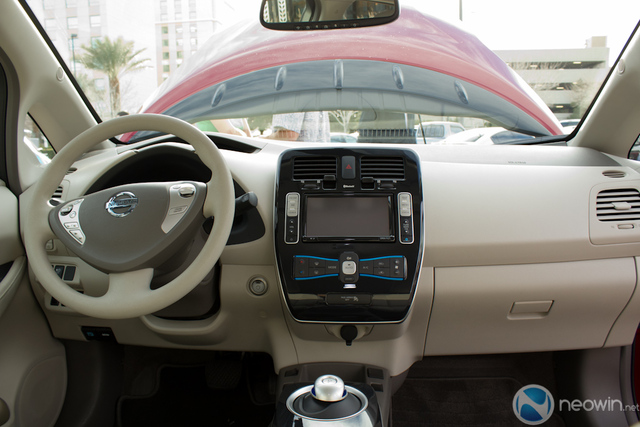 The car is packed with juicy tech goodness, and although it's a hit or miss design you have to appreciate the technology that has gone into creating an all electric vehicle. Nissan states that the Leaf can attain a 100 mile range and that its top speed is 90 mph. This is definitely a commuter car, but Nissan is confident that most driving is done within that small range and so for city dwellers it is a perfect choice. There is no gasoline engine maintenance or topping up and Nissan estimates total cost of ownership to be 1/4 that of a gasoline car. 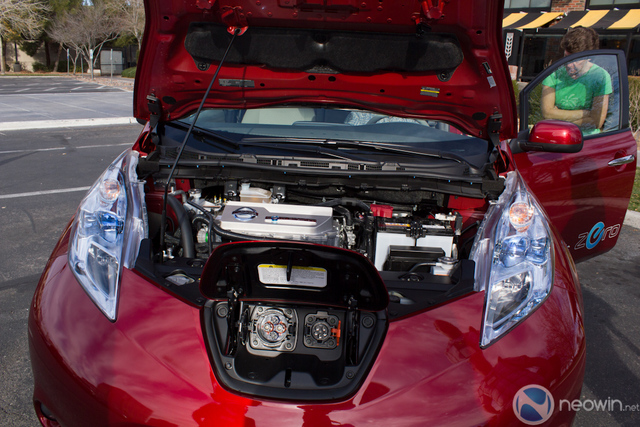 The car itself on drive handled similarly to other econoboxes, with not particularly tight steering, and an electric powered feel. For driving enthusiasts this would be an issue, but for the city and econobox driver it is better than other previously tested vehicles and the car does hold its own around faster city corners. The car achieves a respectable (for its class) 8.1 seconds to 60mph but it does it in a very smooth way. Once again, for typical enthusiast drivers, this would not be their choice of car. For someone with social responsibility, those with driving habits that keep them close to home and those that are excited by a commuter's electric car, this may be the vehicle for you.