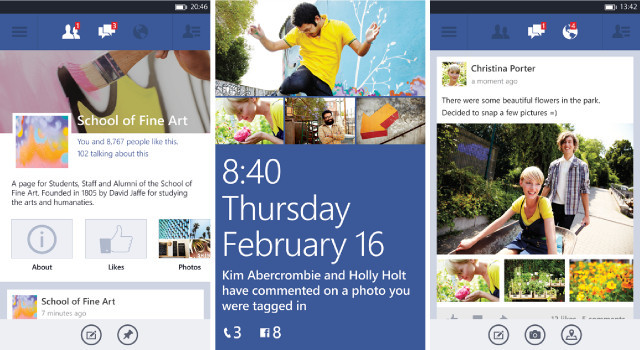 One person posted his thoughts, stating, "What happened to Metro? This look totally out of place on Windows Phone. I did not buy a Windows Phone just to look at poor copies of Android/iOS UIs!". Yet another person wrote, "An App from Microsoft which doesn't follow Metro? Seem like Windows Phone has lost its identity and direction. It's a shame."

This debate has resulted in a new and extensive blog post written by Arturo Toledo, who used to work at Microsoft as the senior user experience designer for Windows Phone. Toledo, who uses the UI's former Metro name in his blog, says that, for the most part, the over 100,000 Windows Phone apps in the store look the same, mainly because their designers stick with app design patterns like Panorama or Pivot.

This is wrong. Design patterns like Pivots or Panoramas are just that, patterns. A mature, design savvy, sophisticated designer knows that that story and experience comes first, much before “design patterns”, those are just tools. By slaving ourselves to these couple patterns we’ve tried to solve 100K experiences… It’s almost laughable when you think about it.

The fact that the Facebook beta app for Windows Phone is moving away from those patterns is a good thing, according to Toledo. He feels that while app developers should be aware of design guidelines when making apps there should never be any hard and fast rules when it comes to app creation. He adds that other mobile operating systems are not immune to these kinds of changes, saying:

Think about it, the most breakthrough apps from iOS have come precisely from startups that broke apart from the out of box design elements in iOS. Look at Clear, Paper, Flipboard… all award winning apps, all leveraging their own design language, not Apple’s out-of-the-box.

Toledo's post is an entertaining read and hopefully both the new Facebook app and his comments will inspire other Windows Phone app makers to try out some new design ideas for their creations.