In July, OnePlus launched its second handset, a flagship-class device packed with high-end specs at a fairly low price. But as with its predecessor, early availability of the OnePlus 2 was hindered by the company's frustrating invite system - and despite promises that the system had been greatly improved... well, it wasn't, and its CEO later apologized for having "messed up the launch" of the device. 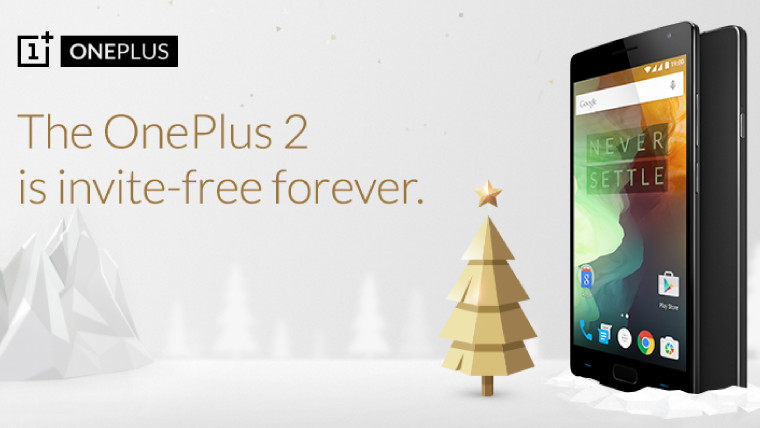 However, if you've been thinking of buying the OnePlus 2, but you've been put off by the invite system, here's some good news for you: the company has announced that it's permanently ditching the invite requirement for the OnePlus 2 from December 5:

That's right; you'll never again need an invite to purchase the OnePlus 2. We're proud to be able to make the OnePlus 2 invite-free so soon and hope this will make getting your very own OnePlus 2 a cheerfully easy experience.

Additionally, from December 5 to 7, you'll also be able to buy the OnePlus X without an invite, while various accessories will be sold at discounted prices.

Source: OnePlus via Cult of Android