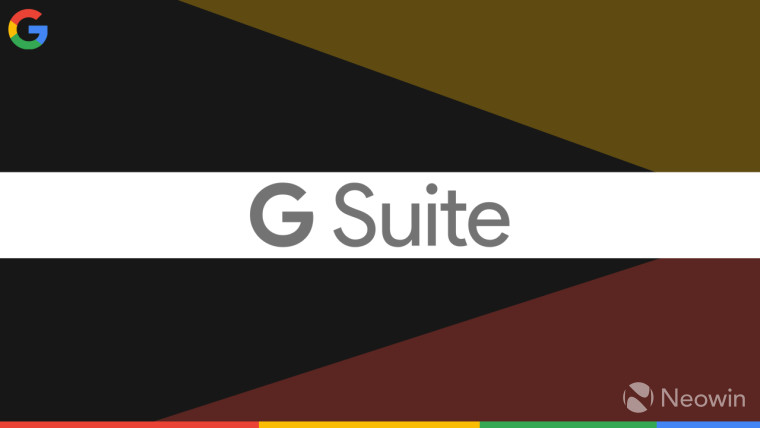 Google is bringing a few new features to its G Suite apps on iOS and Android that include Docs, Sheets, and Slides. The improvements include the ability to easily review content on multiple devices in Slides via vertical scrolling, the addition of Smart Compose and link previews in Docs, and an enhanced UI for comments in the apps. The company also detailed the dark mode support that it announced last month.

The first improvement relates to Slides as the firm is now tweaking the UI to let users view a vertically scrollable “stream of slides” that can be pinched to zoom. This makes it easier to view more pages at once and quickly edit the desired slides. The feature is rolling out to Android users in the next few weeks, with availability for iOS users planned in the coming months.

Next up, the mobile version of Docs is receiving support for link previews, something that has been present on the web. As the name suggests, the feature lets users view a dynamic card with short information snippets about the file owner and activity details – if they are links to documents in Drive – or titles and description of public links. This negates the need to navigate to another app or browser, helping increase efficiency. The feature is already available for iOS users and will make it to Android users in the coming weeks.

Docs is also receiving the Smart Compose feature on mobile. The firm says that the suggestions help reduce more than "3 billion keystrokes” while also helping improve spelling and grammar consistencies. Smart Compose will roll out to G Suite customers on Android and iOS in the coming weeks.

G Suite users will also be able to edit Office files – such as Excel and Word files – from the mobile versions of the apps. The firm brought this ability to G Suite web apps last year. Android users will receive this feature in the coming weeks, with iOS availability slated for later this year.

Lastly, the search giant is bringing improvements to the comments UI on its productivity suite of apps on mobile devices. The improved UI leads to easier readability, with a quick access button for replying and @ mentions making it easier to collaborate. iOS users are also receiving the ability to comment on documents right from Gmail, something Android users have been able to do thanks to ‘Dynamic email’. The redesigned comments UI is now available on Android, with iOS users expected to receive it in the coming months.