In the wake of the immense backlash surrounding Star Wars: Battlefront II, one analyst who proclaims to be a gamer himself took - what can be considered - a rather unpopular stance on the matter. In a note to investors, KeyBanc Capital Markets analyst, Evan Wingren explained that the recent outrage was an opportunity for them to add game publishers to their investment portfolios, claiming that gamers were simply 'overreacting'. 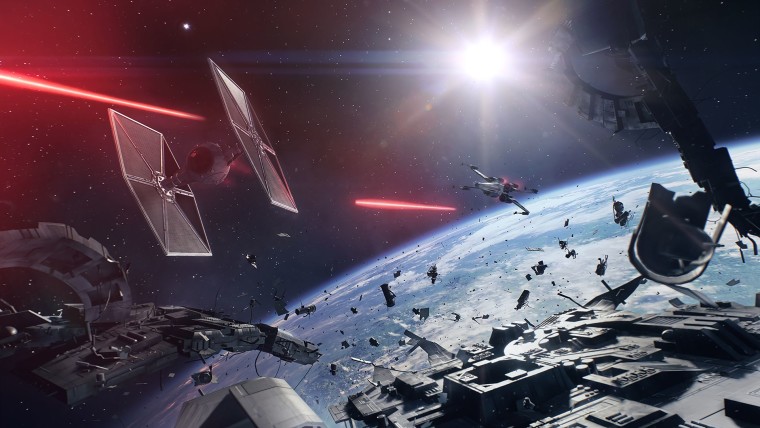 Star Wars: Battlefront II has been in the midst of controversy after gamers discovered the game unfairly benefited those who would pay for additional perks and unlockables. This was exacerbated even further after the Star Wars fansite noted that unlocking everything in the game could cost upwards of $2,000 - or over 4,000 hours of game play. EA, however, disputed these claims on Reddit, which unsurprisingly became the single most downvoted comment on the platform. The company has subsequently removed the in-game transactions, albeit temporarily, with the Belgium government initiating an investigation into these practices.

However, Wingren feels that, in his opinion, gamers have been undercharged when it comes to the price of games. According to him, the cost for a video game is still much lower to that of content on a platform like television, when compared to hours enjoyed. He noted that gamers should, in fact, pay more:

“Quantitative analysis shows that video game publishers are actually charging gamers at a relatively inexpensive rate, and should probably raise prices [...] Despite its inconvenience to the popular press narrative, if you like Star Wars and play video games at an average rate, you’re far better off skipping the movie and playing the game to get the most bang for your buck.”

Star Wars: Battlefront II launched on Xbox One, PlayStation 4, and PC last week, and suffered a 61% drop in sales compared to its predecessor. One can make the assumption that the overzealous use of micro-transactions - and the subsequent outrage - contributed to this in some way. The opinion that gamers are being undercharged is not new, however, if publishers wanted to improve their return on investment, introducing mechanics that skew the game in favor of those with a larger limit on their credit cards might not be the best way to achieve this.

What do you think? Are games cheap in comparison to other forms of entertainment, and will you be willing to pay a higher price outright? Comment below!