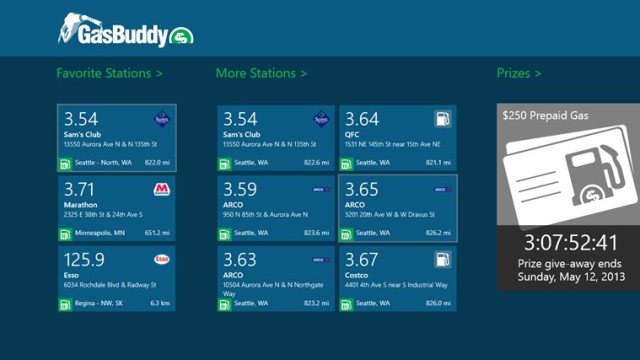 The price of gas hasn't quite hit the highs we experienced during 2008, but there's no doubt that the current price to fill your tank is still a lot higher than most of us would like. To make matters worse, the price of gas can vary widely from station to station.

That's where GasBuddy comes in. The popular website offers up information on the price of gas in the US along with other related information. The site has also developed apps for smartphones, including iOS, Android, BlackBerry and, yes, Windows Phone. Now the developer of the Windows Phone version, Jed Hubic, has alerted Neowin to the fact that he has made a Windows 8 GasBuddy app that is now available for download in the Windows Store. 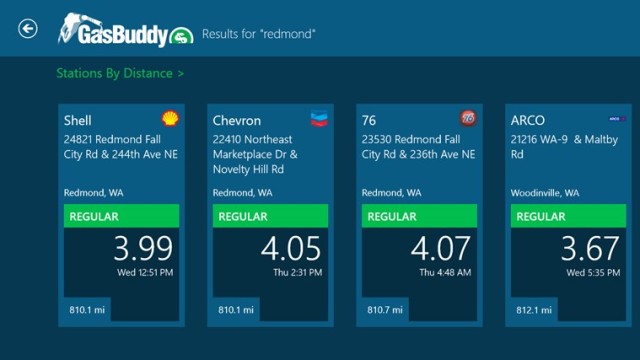 The free app, which also works on Windows RT, lets users search for the cheapest price for gas in their area, along with the ability to list the locations of favorite gas stations. The app uses Microsoft's Bing Maps to help users spot where their local gas stations can be found. The app is just for North American Windows 8 owners.

Hubic let Neowin know that while the Windows 8 version doesn't have quite as many features as the smartphone app "due to things like location and GPS", he still thinks it's a solid effort, and we are sure that more features and improvements will be added in the future.