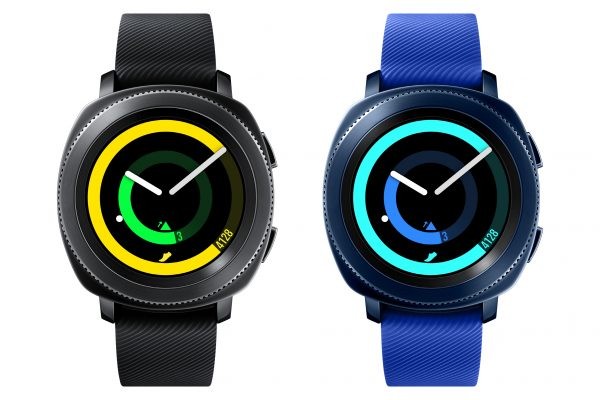 It was a couple months ago at IFA Berlin that Samsung announced an array of new accessories like the Gear Sport, Gear IconX, and Gear Fit 2. Now the firm has announced that Gear Sport and Gear IconX will be available for pre-order starting on October 13.

As a refresher, the Gear Sport offers a majority of the same internals as the previously released Gear S3, but does have some minor differences that cater to those that will be using this device more for health and fitness tracking. The most noticeable difference will be the size of the unit, as the firm has taken a few millimeters off the bezel and also reduced the size of the display to 1.2-inches down from 1.3-inches. The water resistance has also been beefed up, with the watch being able to handle up to 5 ATM. The Gear Sport will still be able to make mobile payments, but will only be able to do so using NFC, as opposed to the Gear S3's utilization of Magnetic Secure Transmission (MST).

The Gear Sport will be available in a variety of colors and will have a retail price of $299.99. As mentioned before, pre-orders will start tomorrow on Samsung's website and also on BestBuy.com. The watch will roll out to retail on October 27, arriving at locations like Amazon and Macy's.

The Gear IconX 2018 is the successor to last year's model and is best utilized when working out. Much like the Gear Sport, the IconX will also be available for pre-order tomorrow and will be priced at $199.99. It will come in three colors: Black, Gray, and Pink, and will make its official retail debut on October 27 with availability through Samsung.com, Amazon, BestBuy.com, Sprint and more.