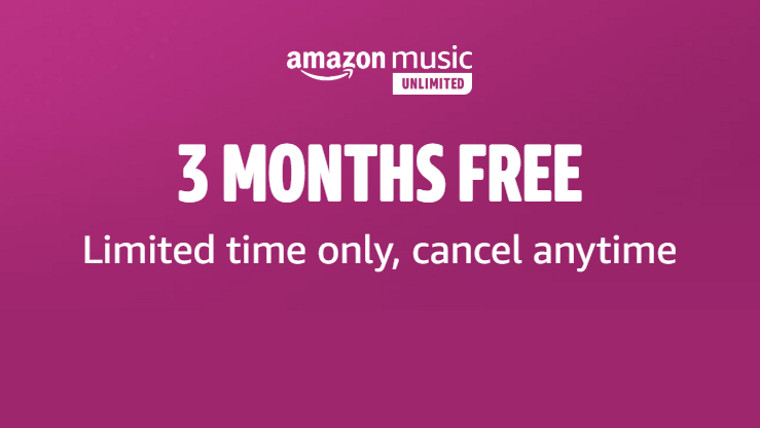 Amazon Music Unlimited has been around for a while now, but has since expanded its catalog of music from a measly 40 million tunes to over 60 million over the course of four years. Although Prime members already get the standard Amazon Music included with the subscription, that service only contains around two million songs and far fewer full albums.

Right now you can get Amazon Music Unlimited free for six months if you buy a 3rd gen or 4th gen Echo Dot, after which it costs £7.99/month with a Prime subscription or £9.99/month without Prime.

If you don't want to buy an Echo Dot, you can still get Amazon Music Unlimited free for three months, so long as you are a new subscriber. The best thing about both deals is that you can cancel anytime if it ends up being something you don't like.

Amazon Music Unlimited also works on Android, iOS, Amazon Fire Tablets & TV, Amazon Alexa devices and much more. It is also supported by Alexa to play music with your voice commands and is ad free. This deal ends on January 11th, so make sure you profit from the free six or three months.

This offer is only available to new Amazon Music Unlimited subscribers and ends on January 11th.