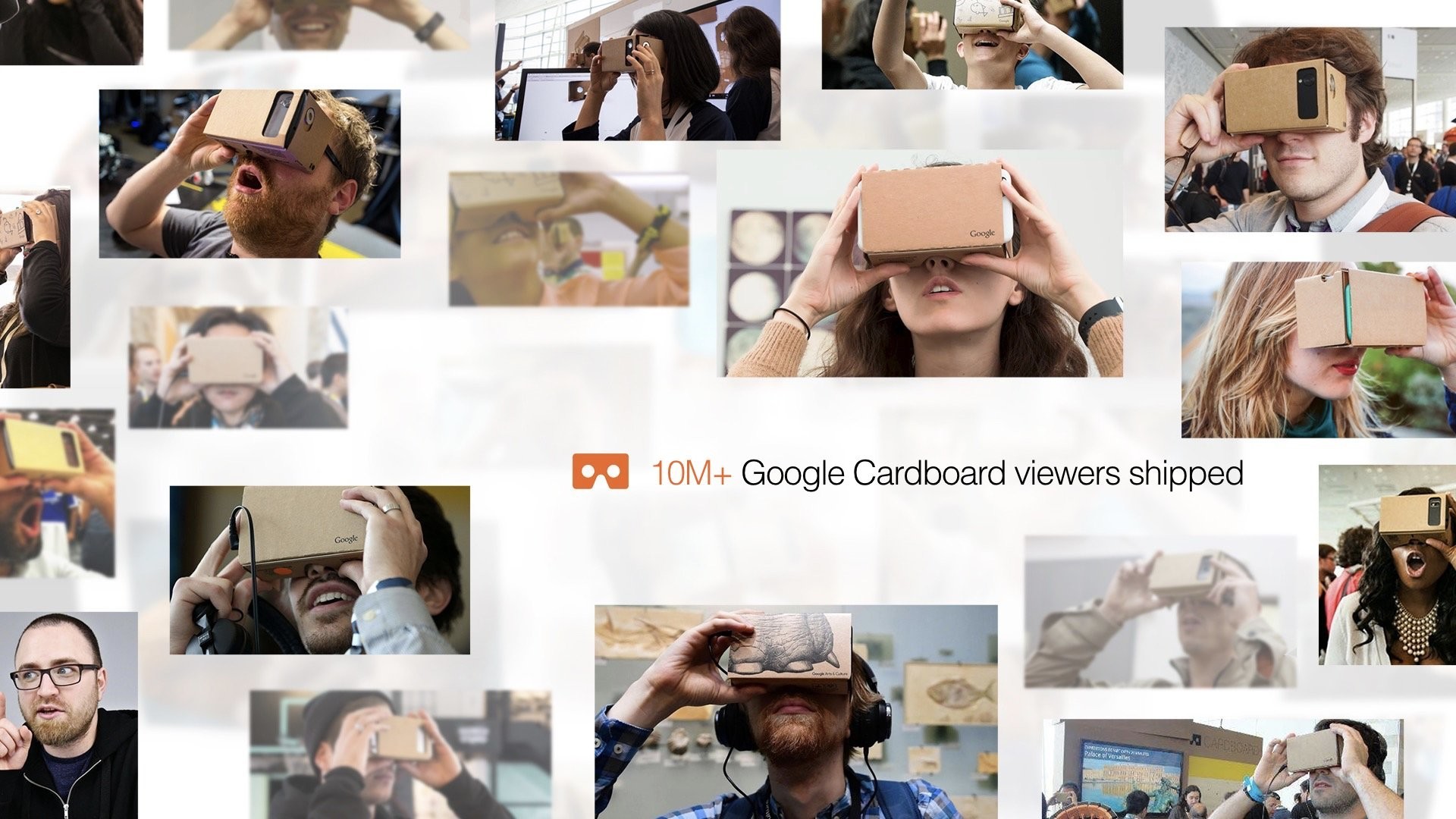 In a blog post, Google celebrated and announced the number of Google Cardboard VR headsets shipped (not sold), since its launch in 2014. Ten million of these nifty little cardboard, elastic, and glass boxes have found a home at the ogled eyes and hands of users arguably enticed by the spectacle and price.

Google also shared some interesting statistics including the number of downloaded apps that support Google Cardboard. Users have downloaded these apps 160 million times through Google Play, and 30 Cardboard titles now have over a million downloads each to their name. There are quite a few other third party VR viewers that also support Google Cardboard apps, however, they are presumably not included in the units shipped.

Ten million Google Cardboard devices covering user's faces like a Facehugger from the Alien franchise (blame the elastic) is quite a successful amount, however, it is hard to judge the demand for the DIY device since many were gifted out for free as a promotional ploy. The New York Times, for example, sent over a million of them to subscribers in 2015 and again in 2016 as a means to not only promote the device but also to advocate their own compatible VR app.

Google also announced a few new VR and AR ready apps. Daydream welcomes a video broadcasting app from Sky television which offers panoramic 360-degree videos. Google's Tango supported devices such as the Lenovo Phab 2 Pro also sees some attention including a Sims app which allows users to tour a Sim's house, and a few other neat VR apps. While the adoption of Tango has been rather slow, the newly announced Acer Zenfone AR supports Daydream and Tango out of the box. However, it may be quite sometime for other manufacturers to jump on board.

If you are a Google Cardboard enthusiast, you can head over to the Play Store to check em out!