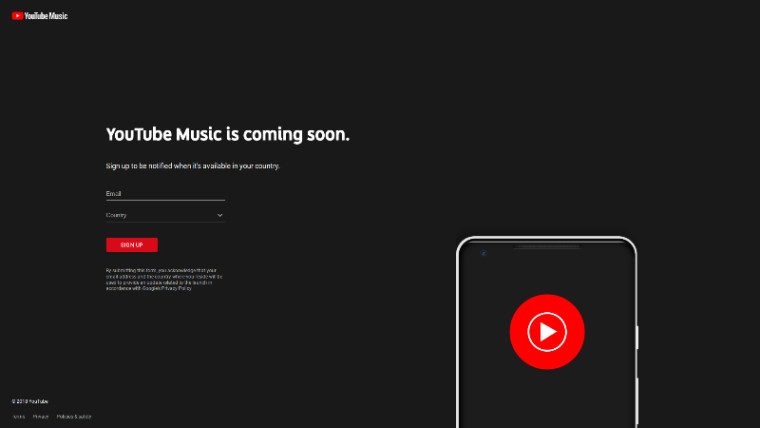 After months of speculation, Google is finally launching a new YouTube Music streaming service this Tuesday, May 22. It'll be a new service that's powered on the backend by YouTube, allowing users to both listen to their favourite tracks, but with the option of playing music videos sourced from YouTube as well. You'll have access to "thousands of playlists" and "artist radios", but you'll also gain access to the thousands of covers and remixes that live on YouTube in addition to official content. These updates will come with a revamped desktop and mobile player for iOS and Android as well.

If this sounds oddly familiar, you may remember that Google also launched a YouTube Music service back in 2014 which offered the same features, which when combined with the YouTube Red subscription offered ad-free music. This is a successor to both those services.

Should you subscribe to Google Play Music already, you'll get access to YouTube Music Premium by default with no extra charge. While Google confirmed last year that it would be merging the two services, it has made no moves toward that with this announcement.

Google says it'll be launching the upgraded service in U.S., Australia, New Zealand, Mexico and South Korea from Tuesday. For those not in those five countries, it'll also be coming to Austria, Canada, Denmark, Finland, France, Germany, Ireland, Italy, Norway, Russia, Spain, Sweden, Switzerland and the United Kingdom. There's no word on any other regions at this time, nor specific timeframes.