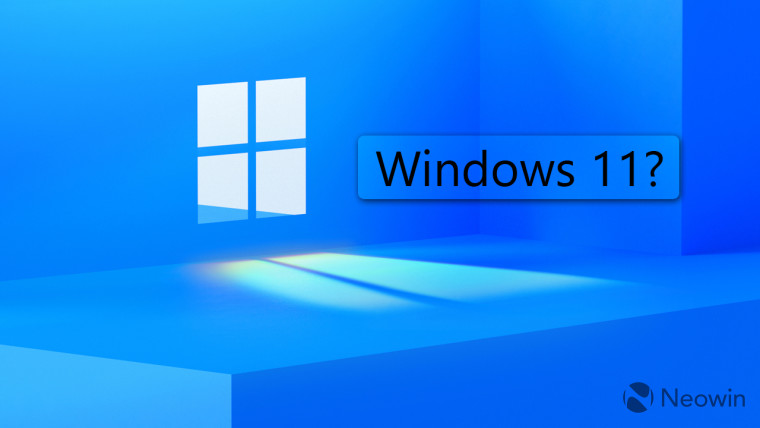 Earlier today, multiple screenshots of Microsoft's upcoming Windows update leaked online. This was followed up by an ISO leak allowing users to install and use Windows 11 ahead of the official announcement. If you are reluctant to install a leaked OS on your system, then don't worry as we have got you covered.

We installed the leaked Build 21996.1, so you don't have to and took it for a test drive. While the installation UI is still the same as it has been since Windows 7, Microsoft has completely overhauled the setup UI. Windows 11 setup includes the same steps as Windows 10, but with nice round corners on an off-white background that will look familiar to anyone who has used a MacOS.

While the setup screen shares some resemblance with MacOS, the desktop will look familiar to those who followed Windows 10X development closely before its untimely demise. When Microsoft ditched Windows 10X, the Redmond giant said that it plans to bring elements of Windows 10X to Windows 10. The most noticeable changes on the desktop are the taskbar at the bottom and the start menu. Both these changes are inspired by Windows 10X. The taskbar now has open app icons in the middle instead of being left aligned. The same is true for the start menu and search as both now occupy the middle part of the screen instead of opening to the left of the display.

Apart from these, I also checked out other first-party apps but those are carrying the same design. So, apps like Mail and Calendar, Calculator, Photos and Microsoft Store carry the same design as they had on Windows 10. The same goes for Windows Settings as well. Moving on to the File Manager, it looks the same as it did on Windows 10 but has the updated icons for folders. Microsoft has also updated the icons on the Action Center and those too are now rounded and look much better than the current Action Center. Another noticeable change on the desktop is the inclusion of widgets. Currently, the section opens a version of News and Interests widget that was introduced to Windows 10 earlier this year. Microsoft has also updated the task view with rounded corners and a better look that is more in line with the new UI.

Once Windows 11 was installed, I received two new updates from Microsoft. The first one was a generic update for Windows Defender but the second one was a cumulative update KB5004034 for Windows 10 Version Next.

Lastly, Microsoft has also included new startup and notification sounds for Windows 11 and there are new open and close animation for apps. The new animations were introduced in Windows 10 Insider Builds so Microsoft has been testing those for some time now.

Microsoft is expected to showcase the new Windows experience on June 24. According to rumours, Microsoft may just call the new update Windows 11 after all.

Update, 16 June: I would like to clarify that Microsoft has added an option to move taskbar to the left so you are not stuck with it being in the middle of the screen.

Windows 11 also has an overhauled snap assist that may look familiar to PowerToys users. The new feature will show pre-defined snap options when a user hovers on the maximize window option on the top right corner. You can check out our coverage on the feature for more information.

Lastly, Microsoft has also added a new Windows startup sound on Windows 11. You can head down to check it out:

Update, 17 June: We were able to install and activate Windows 11 on a spare PC which allowed us to take advantage of a discrete GPU. You can head down to check out some screenshots which capture the new design elements.

We were also able to play some games on Windows 11. Do note that this is not a performance test as it is a pre-release build running drivers that are meant for Windows 10. So, we do expect a much better performance once Microsoft officially rolls it out to everyone. Furthermore, once the announcement is public, we will see new compatible drivers from OEMs which will improve the gaming experience. For now, you can head down to check out some screenshot of a couple of games that we were able to run on Windows 11.

We are currently testing Windows 11 and will update this article if anything new pops up.