Earlier last year, a report claimed that Google was planning to add end-to-end encryption (EE2E) for RCS messaging in the Messages app. The feature has long been available on Apple's iMessage, and its absence on Messages has been a letdown from a security standpoint. In November of that year, however, the company turned on EE2E for RCS messaging on Android, albeit only for beta testers. 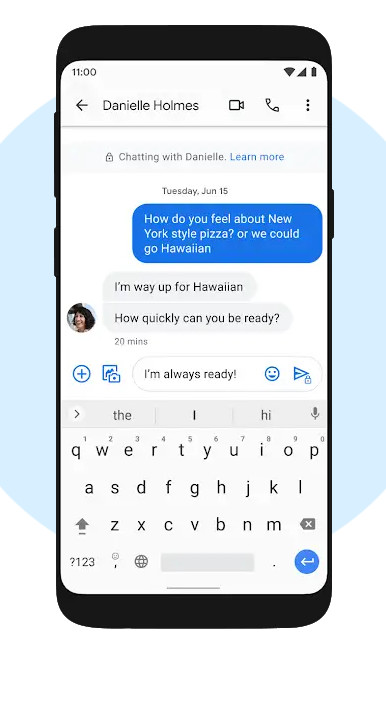 Today, Google announced that the security feature is rolling out for everyone in the Messages app. Like the beta version, the latest release supports only one-on-one conversations for the time being. This means messages sent in group chats won't be encrypted. Also, EE2E works only if both participants in a conversation have turned on the RCS chat features.

It's easy to figure out if a message you are sending is encrypted when you see a lock icon attached to the send button. This makes it difficult for anyone to intercept your message as it is being transmitted.

Google is rolling out the security feature alongside a bunch of other Android updates unveiled earlier today including the starred messages and the release of Android's earthquake alert system globally. Furthermore, the operating system has added new contextual suggestions in Emoji Kitchen, the ability to open and access apps using your voice, gaze detection for Voice Access, and new customization options in Android Auto.