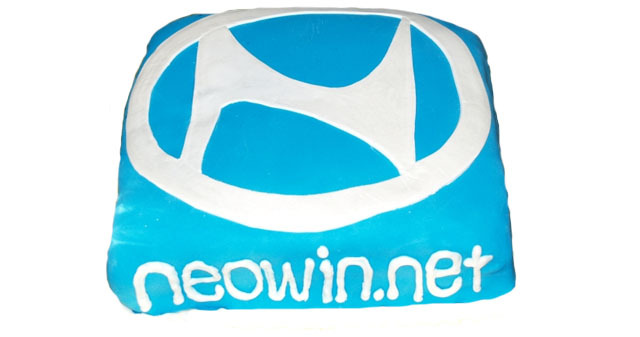 Little did we know ten years ago when Marcel Klum and I registered Neowin, that we'd still be around today, and what a ride it has been!

Later today, staff from the UK will journey to Amsterdam for a morale boosting get together; something we've done for the past 6 years now. Dave Legg will be joining us from Canada early on Saturday morning. We're planning to share some pictures and news from the event and we'll also be tweeting from @neowindex so stay tuned in for the shenanigans from that.

Seven years ago we did an interview for Big Boards, and we thought it would be fitting to re-visit it to see if much has changed from then, you can read the original 2003 interview here. The interview is split into 3 parts, and I'll be posting the first part today, second part tomorrow and the final part of the interview on Sunday. Not all of the admins were able to find the time to contribute.

Please introduce yourself to our readers and tell us about your background before administering Neowin.

Steve - My name is Steven Parker, before and during the first years of Neowin I worked in IT for various companies including HP, Sony & Compaq as a desktop/network support engineer and technical repair engineer for laptops, my last placement was as an IT support engineer for the Police, which ended in 2005 when I started working full time on Neowin.

Tom  – My name is Tom Warren, I have a background in enterprise infrastructure at Investment Banking firms.

Daniel - Hi I’m Daniel Fleshbourne, 30 and married father of 4. I’m a computer consultant and repair specialist (day job). Before working on Neowin I was an IT Consultant and wrote news for DemoNews.

Marcel - I used to work for an IT company doing repairs and later on switched to working as a network engineer (visiting clients).

Are there other online communities you are a member of, and what do you like in them?

Steve - I frequent a forum related to my football (soccer for Americans) club, Portsmouth FC almost daily, and in some ways I like the fact the board does not have to cater for younger viewers. (eg: No swear filter, but it isn't exploited like it could be here).

Tom - I like to view other online communities but I rarely participate unless I see a discussion I see warrants a response. I like MacRumors, AVForums and the Digg community.

Daniel - Im an avid reader of web blogs such as The Register, Xbit Labs, Digitimes etc.

Marcel - Not anymore. I used be quite active in the emulation scene (you know, old game consoles and stuff).

What does a day in your life look like?

Steve - I work from home now, so I roll out of bed, have a cup of coffee, bowl of Bran Flakes or toast and then check out the site before doing the daily 3 S's.

Tom - Neowin isn’t my full time job, so I will wake up early and off to work in the city.

Marcel - I work as a sysadmin for a Biotech company here in Holland.

Being five people administering the site can lead to conflict situations. Do you handle your differences by clearly defining each one's role, or do you always try to achieve consensus?

Steve - We have been lucky in that most of us really do hold a different role within the site, so while we're all at the top of the pile in some form, we rarely need to disagree on decision making.

Tom - We tend to hold different positions, I typically look after all our news operations and editorial content rather than the forum side.

Daniel - I’m in-charge of looking after the forums and our many moderators. As we split the roles between us I think it’s a good way of managing such a large site and cuts down on many conflicts between us. Also as we have worked together for such a long time now we just about know each other’s strengths and weaknesses and help each other out.

Marcel - I spend more time developing than actual administering. Steve and I do discuss a lot of things/issues in our local pub (one of the advantages of living close to each other),

What is your best memory involving Neowin ? Your worst ?

Steve - There are a few, I think one of the best was the recognition from Jim Allchin for our community input towards Windows Vista, the resulting dinner and chat; And each time we're in the (mainstream) media never fails for me too. The worst was back in the summer of 2003 when we were being targeted via DDoS, by a 13 year old kid who was able to determine with the help of one or two others, if we were online or not.

Tom - Best memory would be when we were featured on the BBC News for a big breaking story on a Hotmail password leak. Worst would be the times when the site goes down.

Daniel - I think the best/funniest memory I have is being locked out of my hotel room while at Neowindex and having to sleep on the stairs! Then Tom Warren walked past in his boxers on his way to the bathroom, not a pretty site i can tell you ;)

Marcel - Apart from all the technical issues and the DoS attacks we had back in the days, no real negative things. Positive things? Our trips to Seattle, Las Vegas, Las Vegas and Las Vegas.

When and how was Neowin created ? What was your purpose back then, and the fundamental ideas behind the site ?

Steve - Neowin was created on October 1st 2000 by me and Marcel Klum on a free hosting site (I forget which) and our primary goal was to deliver no-nonsense news and get the vast information we had on the upcoming Windows XP beta out there. Back then, news that wasn't ours was mostly copy/pasted from other sites, and we tried to deliver that in a quick/short friendly format. Sort of like The Fast Show, but then for geeks.

Tom - I was involved in moderating the site initially before moving over to start unique news on the site, focussing mainly on Microsoft news.

Daniel - Neowin was just a small site when I started, back then I used to mainly post beta news for the site.

This concludes part one of the interview, stay tuned for part two tomorrow.

And thanks for your continued support of Neowin, we'll have more updates today and throughout the weekend, including a load of giveaways to our members!