Research on synthetic, lab-grown organs is not a new thing by any means. But a perfect, artificially produced, one-to-one replacement for a human organ is yet to see daylight. More specifically, all the models the scientific community has seen thus far have been far too small to house a proper oxygen-delivering mechanism for the cells in the tissues of the organ to survive.

In a paper published by researchers hailing from the Wyss Institute at Harvard, a group of scientists has now prototyped a solution to the problem. The core team led by Mark A. Skylar-Scott published the paper—Biomanufacturing of organ-specific tissues with high cellular density and embedded vascular channels—in the Science Adventures magazine, in which it demonstrated Sacrificial Writing Into Functional Tissue (SWIFT), which is a technique that will enable the creation of larger and more effective organs.

The team wrote in the paper:

Here, we report a biomanufacturing method for assembling hundreds of thousands of these OBBs [densely cellular constructs composed of ~108 cells/ml. Organ building blocks (OBBs)] into living matrices with high cellular density into which perfusable vascular channels are introduced via embedded three-dimensional bioprinting. The OBB matrices exhibit the desired self-healing, viscoplastic behavior required for sacrificial writing into functional tissue (SWIFT). As an exemplar, we created a perfusable cardiac tissue that fuses and beats synchronously over a 7-day period. Our SWIFT biomanufacturing method enables the rapid assembly of perfusable patient- and organ-specific tissues at therapeutic scales. 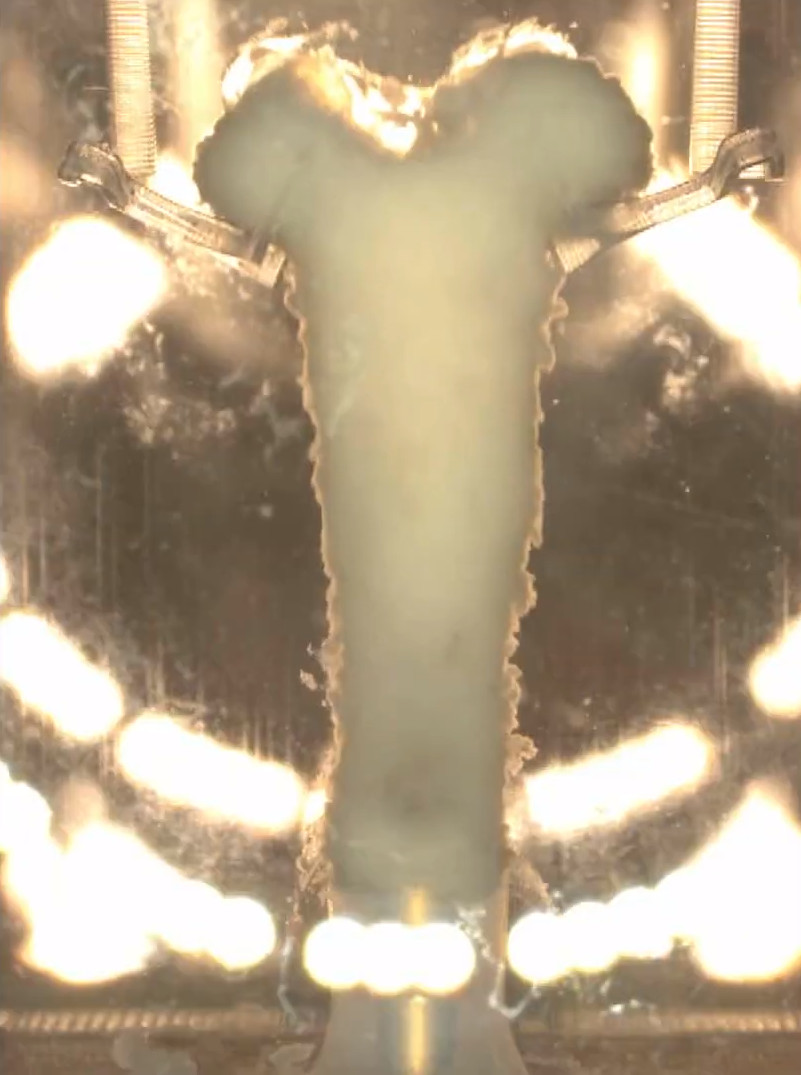 Jargon aside, the researchers were able to employ SWIFT to synthetically create a perfusable cardiac tissue that was able to beat synchronously for over a week. To do so, the team first created a sizeable amount of stem-cell derivatives and compacted them into a mold to achieve high cellular density. After this, a sacrificial gelatin ink was rapidly patterned within this mold via embedded 3D printing to create pathways and channels that could function as blood vessels and capillaries in the organ tissue. After lining the open lumens with endothelial cells to replicate the faux oxygen delivery mechanism, the result, as stated earlier, was a cardiac tissue that was 'alive' and beating for a period of seven days.

It will be interesting to see how the future of 3D printed organs pans out given that it's still early days for the field. The team of researchers at Wyss, whose aim is to engineer complete organ transplants with 3d-printed human organs, believes that SWIFT can be applied to any cell type to create living compositions of organoids, embryoid bodies, and multicellular spheroids.

For more information, you can study the paper here.