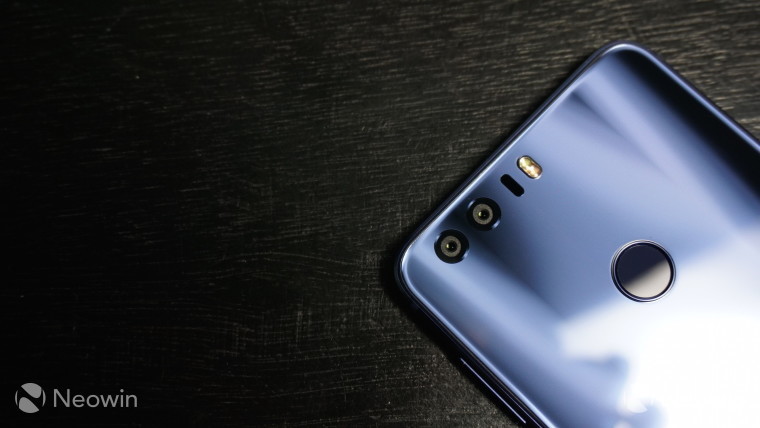 What's better than one camera? Two, of course, and the dual-camera hype train is chugging ahead at full steam ever since Apple decided it was the new standard. The Chinese smartphone world has also hopped on to ride the dual-camera wave so we've collected a list of a few different handsets that we thought you might want to check out.

If you also haven't seen it already, Neowin writer Timi Cantisano did an amazing review of the Huawei Honor 8 (which has a dual-camera configuration) that you should check out here.

We've reviewed a Bluboo device before and found that the phone had one too many flaws to make it usable. But the company has since continued to put out several more devices, and the next one slated to be released is the Bluboo Dual.

The smartphone, as the name suggests, has two rear cameras, specced at 13 megapixels each, but there are no details available on which sensors Bluboo has used. Bluboo also claims their dual-camera configuration will outperform that of the iPhone 7 Plus - a rather bold claim.

The device is rumored to have the lower-end MediaTek MT6737T (something equivalent to the Snapdragon 430) which points to the phone being released with a sub-$200 price tag.

Meizu got into hot water earlier this year after Qualcomm filed a patent lawsuit against the smartphone manufacturer. That hasn't stopped them from continuing to work on new devices, though, as a series of leaks have come out about the company's upcoming devices.

One of the more recent leaks that have all but confirm that Meizu's next device, the Meizu X, will have a dual-camera configuration. Alleged specifications for the Meizu X phone have indicated that the device will have the deca-core, tri-cluster MediaTek Helio X30 SoC, but it's more likely to have the same Helio X25 found in the Vernee Apollo Lite, if the device is released this year.

Meizu is expected to announce the smartphone on November 30th - just a few days from now.

Elephone is one of those companies that churn out things, mostly phones, at unbelievable rates and leave you wondering how they ever manage to provide updates or after-sales support for their products (hint: they don't).

Right now, they're in the process of releasing two new clone phones based on the Samsung Galaxy S7 and Oppo R9, but one device they've been working on for a few months now is rumored to be called the Elephone P9000 Edge. The phone is expected to have a 1440p 5.7" 'edgeless' display and come in configurations that include 4GB or 6GB of RAM.

What makes the P9000 Edge special is... you guessed it, a dual rear-camera configuration with what Elephone suggests will be two 21 megapixel Sony IMX230 camera sensors.

The Vivo Xplay 6 looks awfully similar to the Samsung Galaxy Note7 (it isn't the only one - the Huawei Mate 9 and the Xiaomi Mi Note 2 are also a little too familiar). The specs are also quite close to that of the Note7 in that the Xplay 6 packs a Qualcomm Snapdragon 820 SoC and a 1440p 5.5" curved display.

It also includes6GB RAM and 128GB of internal storage, and when you flip the phone over you'll find two cameras with at least one being the Sony IMX362. This sensor is on the higher-end of camera sensors and features an aperture of f/1.7 as well as four-axis OIS.

Possibly the most expensive of the lot, the Vivo Xplay 6 will be available for sale on December 12th with a price tag of just over $650.

Xiaomi is one of the most well-known Chinese manufacturers internationally and for good reasons too. Their products are usually well-designed, well-supported, and have quite an affordable price point.

The Xiaomi Mi 5s Plus, the 'larger' version of the Mi5s, has two 13 megapixel shooters on the back of the phone. One of the cameras is a monochrome support camera for the Sony IMX378 that sits next to it - the IMX378 is the same camera sensor you'd find on the Google Pixel.

The phone has two main configurations: 4GB or 6GB of RAM and 64GB or 128GB of onboard storage, respectively, and comes in various color configurations from rose gold through to plain old gray. It's currently available for purchase with the price hovering at around $350.