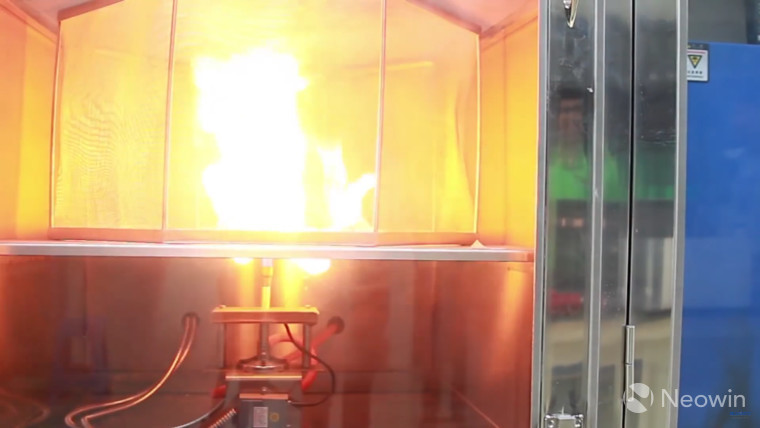 Bluboo isn't the most well-known brand in the world although we've both reviewed and given away their devices in the past. The Chinese manufacturer has decided to capitalize on the Note7 fiasco, however, by releasing a video where they do a series of "battery security" tests on their latest device's battery and show that it "won't explode like Samsung Galaxy Note 7."

The in-video title is "Battery Security Testing of BLUBOO Edge" and appears to show a series of battery tests in a lab operated by Phenix. It moves on to a person wearing Phenix-branded clothing holding the phone up before removing the back cover and taking out the battery. The battery is then placed in a chamber where it's set alight. Another battery is then put through a second short-circuiting test and lastly another battery is impact-tested.

Pictured above: The Bluboo Edge

Bluboo says that their battery isn't prone to exploding because it's a Li-polymer battery unlike the Note7's Li-Ion battery "which lead to its explosion" [sic]." Bluboo does make a concession for themselves, emphasizing that when "used properly, the Li-polymer battery will not explode."

Unfortunately, this is somewhat misleading. Li-polymer batteries are actually a variation of Li-Ion batteries themselves and Li-polymer batteries have a tendency to have fantastic explosions when they're overcharged. In this case, what's really important is Bluboo's charging and failsafe mechanism which weren't tested in the video.

Still, you've got to like the banter. Huawei did something similar a while back just before they rose to the top, so maybe Bluboo is on their way up too. Maybe.

You can check the video out below: