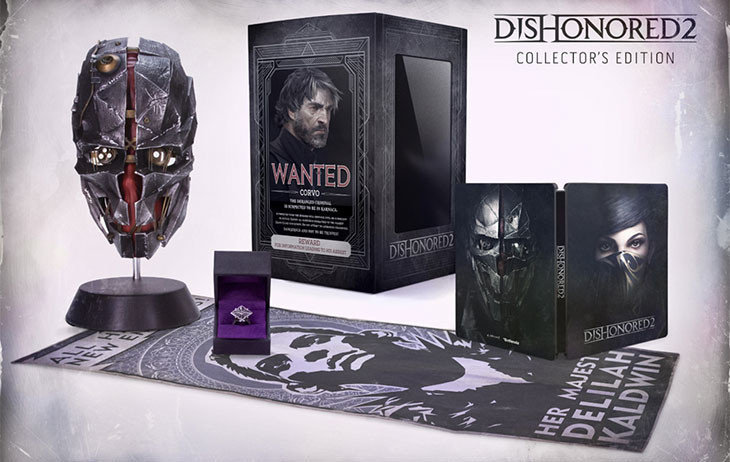 Apart from the game itself, here's what's included in the Collector's Edition of Dishonored 2:

Bethesda has also stated that for those unwilling to purchase the Collector's Edition right now, can instead pre-order the standard edition of Dishonored 2 and receive a free copy of the Definitive Edition from participating retailers for a limited time too.