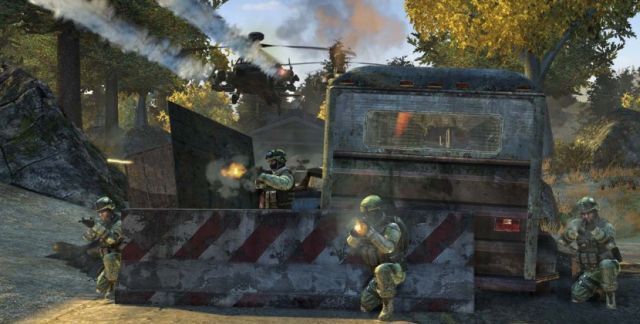 Homefront was supposed to be THQ's answer to Activision's Call of Duty first person shooter franchise. Launched in the spring of 2011 for the PC and other platforms, THQ hyped up the game, which depicted a near-future invasion of the US, well ahead of its release. In the end, Homefront did good, but not great, sales numbers and got mostly average reviews from critics.

A few months after Homefront was released, its main developer, Kaos Studios, was shut down by THQ. In a recent Gamasutra article, unnamed ex-Kaos team members talked about their experiences on making Homefront. They put part of the blame on THQ's leadership, which included two people, David Broadhurst and David Schulman, who were brought in by THQ to help manage Kaos during Homefront's production.

One unnamed team member said, "Under them, it was a tyrannical dictatorship that no person should ever be subjected to. [Schulman] walked all over people to get to the top, and it wasn't a shock that the studio revolted against him once he got there."

Another decision that made team members upset was the change from China to North Korea as the main enemy force in the game. THQ was concerned that the big Chinese gaming audience would be locked out if the game centered on a China attack.

Despite the average sales and reviews of the first game, along with the shut down of Kaos Studios, THQ has already announced that Crytek is working on Homefront 2 and it will be released in 2013.