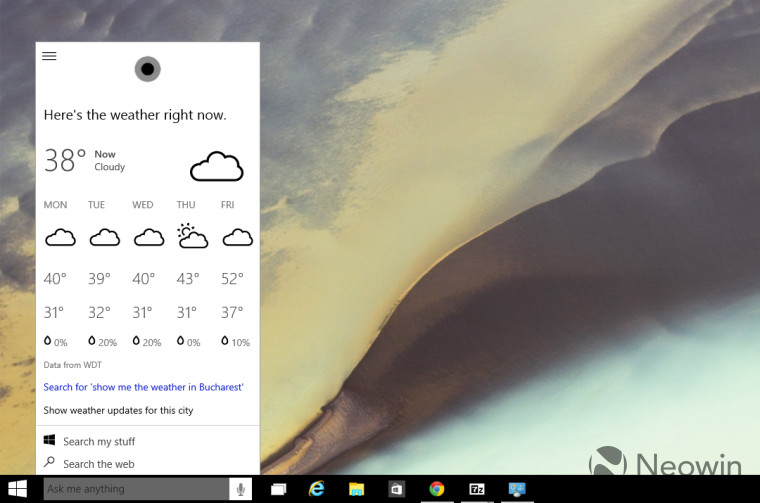 For those of you who live outside the United States and have downloaded the January Technical Preview of Windows 10, you may have noticed that Cortana, one of the biggest new features present in the build, will not work for you, at least not officially.

Gabe Aul has recently confirmed on Twitter that Cortana will officially come in other regions and languages in future preview builds, but we may have found a way for you to test it right now, although it is limited to using English when communicating with the digital personal assistant.

To get it working, all you have to do is change Region and Language settings. To do this, go to the desktop control panel, and select "Clock, Language, and Region" from the right hand side. Then click on Region, and change the following:

Also make sure that English (United States) is set as your primary display language, otherwise none of the above changes will work. If you don't have it installed go to "Add a Language" and choose it from the list. Then set as primary.

Restart your PC, and when you click Cortana, she'll be happy to assist you. You need to sign in with your Microsoft account, and tell her what you’d like her to call you. Once you're done, use the microphone or keyboard to interact, and you can also enable "Hey Cortana" by following our guide here.

To make life easier for non-native speakers who wish to speak to Cortana, there's a setting that compensates a bit for phonetic differences in pronunciation. To activate it go in the Settings app, choose System -> Speech -> set Speech language as English (U.S.), then tick the box that says "Use speech patterns for non native speakers of this language".