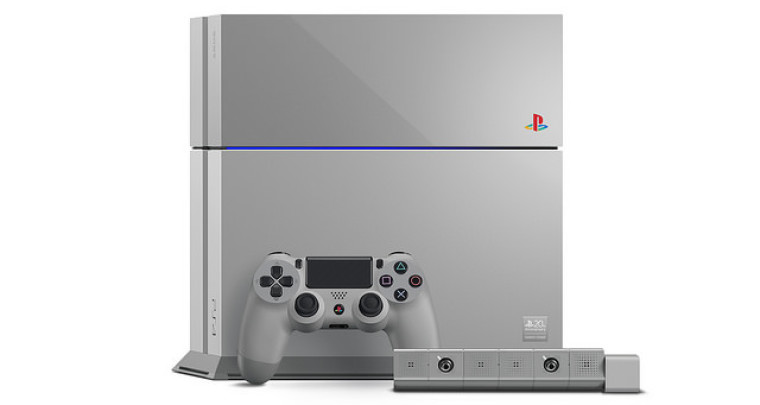 To celebrate 20 years of PlayStation, Sony released a highly limited edition 20th anniversary version of the PlayStation 4 in December. Sony created a total of 12,300 units and when released, they sold at a feverish rate. Naturally, Sony kept the very first unit in its own coffers, but recently auctioned the unit off for charity. On Sunday, the auction finally came to a close, with the unit topping out at a whopping 15,135,000?, which is roughly equivalent to $128,000 USD.

What makes the 20th anniversary edition PlayStation 4 unique is that the system and its included accessories are all produced in the original "PlayStation gray" color scheme. The console will include a DualShock 4 Wireless Controller, PlayStation Camera, vertical stand, and headset.

Most importantly, the auction winnings will be donated to "Save the Children Japan". This organization was established in Japan in 1986. The organization primarily focuses on child protection, risk reduction and creating child-friendly communities in Japan. They also focus on international causes as well.

Those looking to get their hands on a PlayStation 4 20th anniversary edition can look on eBay where the console is selling anywhere from $1000 to $2000 USD.