Is Gold the new Beige? 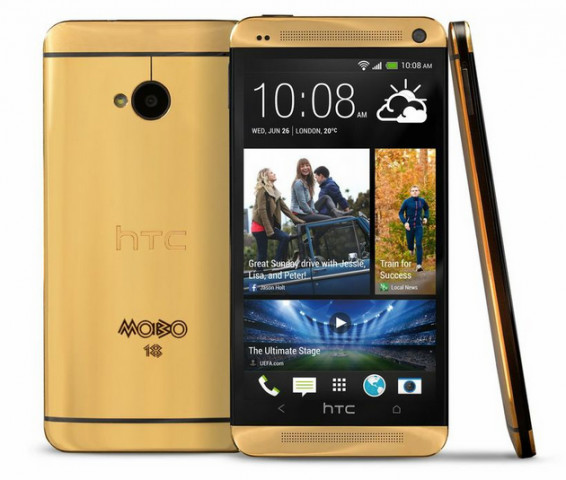 Everyone's doing it these days!

Gold seems to be where it's at, at least for the moment. We've already seen Apple launch their gold/champagne colored iPhone, Samsung jumped on the bandwagon shortly after with their golden S4 and now HTC has followed suit with their own.

There is a small difference however, there are only five being made! The phone which is finished in 18ct gold, was made especially to celebrate the 18th anniversary of the MOBO awards, which takes place in ten days time. HTC in partnership with Goldgenie have produced the five smartphones with a price tag of £2,750 which translates to around 4412 bucks.

It's unknown if the phones include other special features, although it's likely based off the retail HTC one, a review of which you can check out here.

If you prefer an iPhone over the Android HTC One, Goldgenie has also launched the slightly cheaper 24ct gold version of the iPhone 5s which you can pick up for $4144; quite obviously a steal over the HTC One offering; It isn't limited to five either!