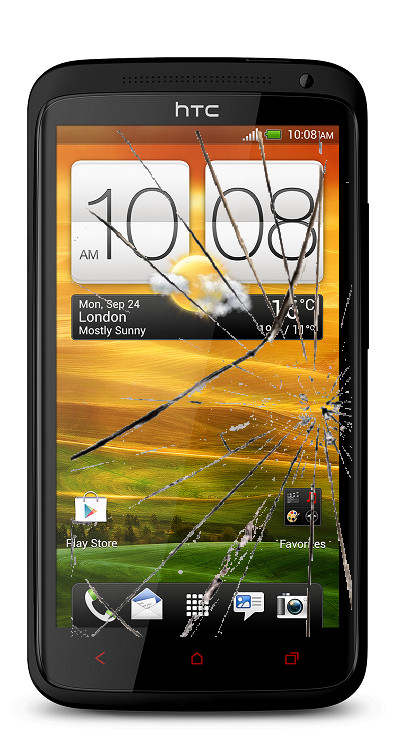 Busted screens are the bane of every smartphone user's existence. It's impossible to avoid cracking your screen at one point or another - whether you drop your phone on a hard concrete floor or throw it on the ground in a fit of blind rage, odds are you'll eventually know the despair of picking up your phone and seeing a massive fissure across the glass. And since most warranties don't cover that sort of physical damage, you'll often have to ride it out until you can get a new phone. But good news is on the horizon for those who own a smartphone: HTC announced today that they would provide free replacements for any phone in their flagship One series (including the HTC One, the One mini and the One max) if you crack the screen within 6 months of buying it.

A few caveats, though: Only HTC flagship devices (essentially any phone in the HTC One series) are covered by the plan; the offer only applies to new customers, so anyone who already has an HTC One device can't request a new phone if their screen cracks; and the offer is only available for up to 6 months after you buy the phone.

The offer is part of HTC's new 'Customer Advantage' program, which intends to provide a myriad of benefits to customers who purchase an HTC phone: In addition to free phone replacement, HTC promises free storage (via Google Drive) of up to 25-50 GB - depending on the device - as well as guaranteed updates for any flagship HTC device up to two years after its initial launch.

HTC's 'Customer Advantage' program comes in the midst of what seems like a concerted effort by the company to ramp up sales in light of heavy losses. The company recently teased at an announcement of their new flagship device, which is slated to be revealed at an event on March 25th - and it's just in time, given their continual decline of profits in 2013. Even despite their financial woes, HTC is still optimistic for the future, and their recent announcements may start them back on the road to the top.