Over the next few days we're going to take a look at some of the latest and greatest devices from each of the big platforms and put them to the test against each other.

The devices on the block are the Apple iPhone 4S, the Nokia Lumia 800 and the HTC One X. Each phone is at the high end of the smartphone market, and we want to help you understand the differences between them, where they each fall down and where each is able to show its strength.

This is the first in a four part series that takes a deep look at the three devices: 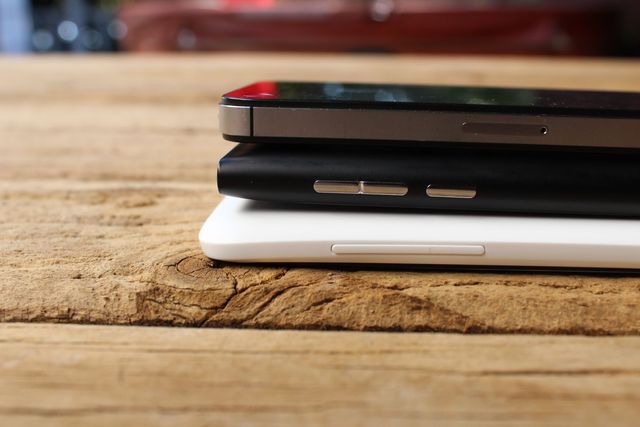 Design is so important on a high end smartphone. They're a fashion object. A device of human desire. Naturally, people associate the phone they have in 2012 with how "cool" they are (this is a gross over-generalization, yes) and tend to head towards the iPhone more than other devices. The iPhone's design is that good.

There are new kids in town, however, with the Lumia 800 and 900 bringing an industrial design that had never been seen before. A beautiful, unibody design that can't be found anywhere else. Striking colors and choice in a smartphone world that is dominated by white and black is enough to turn a few heads. Not only that, but the devices are made out of a type of polycarbonate that's not found on any other phone and feels fantastic to touch.

HTC had a few years of sloppy designs, plastic-fantastic phones and screens that were easily scratched and was able to learn from this. The "HTC One" series finally emerged from the mistakes the company made previously and built on what they used to know. How to make a beautiful device. 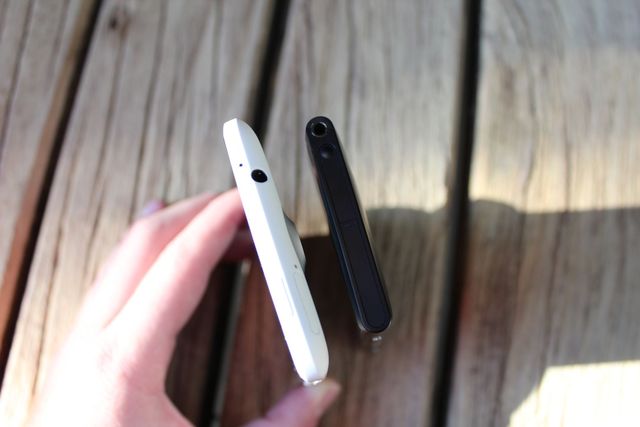 Instead of basic, traditional plastic, they too chose a polycarbonate body. They chose to create a unibody shell and house a slab of Gorilla Glass on the front. They sacrificed battery doors for sealed backs and recessed the cameras to stop them from being scratched. HTC is back in the fight. The One X is nothing short of breathtaking. So is the Lumia 800. But is killer design enough to win you over?

I didn't perform any scientific tests for this one, I just used the devices day to day for a few days to see how they fared, in various setups to test them. On each device, I acted how I normally would with a phone, sending a few texts, checking Facebook / Twitter throughout the day and placing a few calls.

The Lumia 800 had perhaps the most impressive battery life, able to last up to two days (at least!) with 3G on at all times and moderate use. If I turned off data, I got almost 3 days out of a single charge, which isn't bad at all. The iPhone 4S didn't fare as well, barely pulling through a day, finishing up at 10% battery remaining. It's long been known the iPhone 4S battery isn't great. However, with data off, I can get 2-3 days out of a single charge.

As for the HTC One X, the battery life was very hit and miss. For a phone with a 1800mAh battery, I had higher expectations. On some days, it barely got me through 8 hours without requiring a charge, and even after tweaking a few settings it was hard to scrape through an entire day without needing to seek out a power socket. Whilst it may not be a problem for me to charge it during the day as I work in an office, it might not be a great choice for others who need long life. That said, with a screen this size it's expected the battery is going to drain pretty quickly when you use it, so your mileage may vary.

That said, HTC's already released a update which users are reporting produces results that range from a modest battery life improvement to a massive one. Some have reported 2-3 days on a single charge, so once I get that update, I'll update this section.

This may seem like a peculiar topic to have in a review like this, but I felt it was something that needed to be addressed in a shootout. The iPhone 4S has a fantastic web browser for a phone, and the Safari-based browser can handle most pages that are thrown at it. Some may argue that's because everyone actually makes their websites for the phone, but that comes with a platforms popularity. My only complaint there is that the screen is a bit small for web browsing sometimes.

This is where the HTC One X comes in, with it's slick pixel-packed display that's almost five inches. It does everything the iPhone does (and even more, if you install Chrome) and it lets you see a ton more, simply down to the space available.

However, that's not what I want to discuss. Windows Phone's browser is still the worst out of the three. It's one of the more disappointing browsers I've used on a phone in the last few years, and it doesn't seem to get much better with the releases we've seen to date. Text renders out of place, with jagged edges or at weird sizes, images sometimes won't load altogether and more. It's sloppy.

I've remarked on this before, and every time I do, I get the standard response from Microsoft; "it's not our fault, developers aren't making their sites compatible!" There's a deeper problem here, and that excuse is rubbish. The other platforms can get a simple web browser right, it can't be that hard for Microsoft to do it too. Especially if they want to be competitive in the mobile space. Right now, it's just not good enough and it really ruins the experience.

It's not just a resolution war anymore, it's also a pixel density race. I love a screen with a high pixel density. That alone would be almost enough to sell a device to me if it was all that really mattered.

The iPhone 4S has an incredible display. Retina blew away everything we'd ever seen in mobile devices before; the pixel density on the iPhone is 326 ppi (pixels per inch) and the HTC One X comes close at 312 ppi (it's worth noting that devices have higher ppi, such as the Xperia S/HTC Rezound). The difference is barely noticable, even with the devices next to each other, and the One X's 4.7" display makes the device look even more fantastic.

The HTC One X has the most incredible display I have ever seen. It renders crisp images with the most amazing color I have ever seen on a mobile screen. It's hard to describe how good it looks in writing, and the pictures of the device barely do it justice. It's breathtaking. The first time I turned on the device I couldn't believe a screen like this could even exist, let alone at this size. This is truly something new, and beautiful. I can't commend HTC enough on this point, they really took the iPhone "retina" display to a whole new level, and even beat Apple at their own game here. Tim Schiesser wrote a detailed review on the HTC One X and had similar feelings about the screen and explains how incredible it really is in more depth.

Putting the Lumia 800 next to these devices is more than disappointing. It makes you wonder what Microsoft could possibly have been thinking. The screen comes in at a measly 252 ppi, and if even if you don't look closely it's obvious that this wasn't something Nokia considered.

Microsoft really needs to make their move into higher resolution displays quickly, as they're being left behind. It's disappointing to pay flagship smartphone prices and receive a display that comes from 2010. Some people might not think they care about this, but when you put the iPhone and the Lumia 800 next to each other, it becomes really apparent the screen is dated.

The saving grace here is Nokia's "Clearblack" technology, which actually works as well as the company says it does. Using the phone in direct sunlight is actually very good. As is the HTC One's display, featuring the latest display tech; a Super IPS LCD2 display which is exactly the same from every angle, and even in direct sunlight is completely visible which is a real step up from the iPhone 4S' TFT-based display which struggles in the sun.

It seems to me like HTC is on to a winner here. The One X is an impressive refresh for HTC's brand, one that couldn't have come at a more perfect time. The device is a breath of fresh air, and it's the first time a display as good as the iPhone 4S' has been on a larger device. It has a catch though, that battery is pretty hit and miss right now, although the coming update may fix that. As an enthusiastic iPhone 4S user, this is the first time Android has had both the hardware and software to match. Android 4.0 is a massive improvement over anything else that's been released, and it's a well-rounded OS. This phone might be enough to convince iPhone users who are looking for something new (or a bigger screen) to switch.

Even just using the One X briefly made me find it very hard to use anything else, the displays size and incredible quality makes everything else (including the iPhone 4S) feel completely different, and inferior.

As for the Lumia 800, there's only one way to say this: Microsoft can do better. Nokia did wonders for the Windows Phone platform by producing some truly stunning hardware it can shine on, but Windows Phone's limitations and poor display support have let the device down. The Verge came under fire earlier this month for a scathing review of the Lumia 900, saying that "[we] think it's time to stop giving Windows Phone a pass," and I can't agree with this statement more. Microsoft needs to step up their game and stop offering 2010 software and hardware at 2012 prices and trying to tell everyone it's good enough. There's a long list of small issues with Windows Phone that accumulate and create a frustrating experience.

The shootout coverage will continue over the next few days;