Mobile World Congress has officially begun and the smell of new devices is in the air! Earlier today, LG announced their new flagship phone, the G5. Meanwhile Huawei had their own announcement. They announced the MateBook.

The hybrid device promises to have a slim design and to be lightweight, coming in at just 640 g. To put that in perspective, that's 12 grams lighter than a Wi-Fi only fourth generation iPad.

The MateBook promises a screen to body ratio of 84%. The color gamut of the 1440p IPS display will be 85%, allowing for true to life colors.

Huawei also promises nine hours of work battery life, or 29 hours of music playback from the device. The battery will charge in two and a half hours.

The MateBook will come in the following configurations:

The Huawei MateBook will be made available in the coming months to Europe, Asia, and North America. It will come in grey and golden.

Editor's Note: We have no idea why Huawei is using Windows 8 images, but these are the ones the company decided to send to the press. 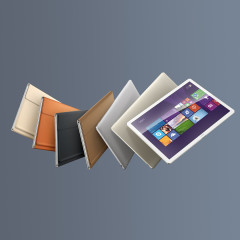 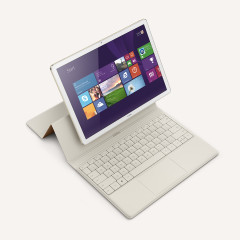 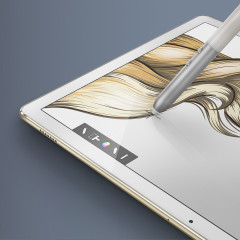 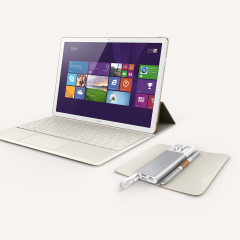 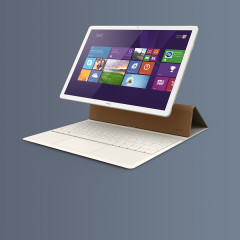 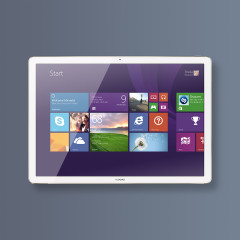 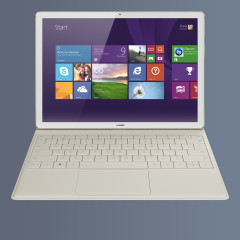 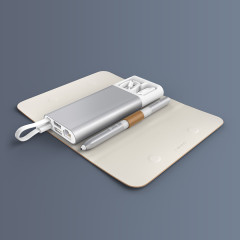 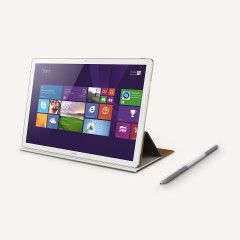