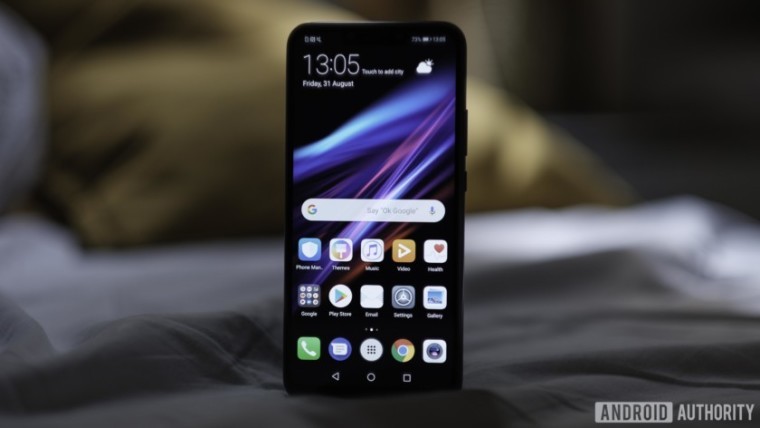 Huawei has decided to keep its eagerly awaited Mate 20 and Mate 20 Pro under wraps for a little while longer as it prepares for an exclusive event in London next month. However, it did try to sate some of its fans' enthusiasm by unveiling the handsets' cheaper sibling, the Mate 20 Lite, at IFA 2018.

The Mate 20 Lite will be powered by Huawei's midrange Kirin 710 chip, as opposed to the supremely powerful Kirin 980 - the first of its kind for a 7nm chip - shown off by the company earlier today. That's to be expected, however, given the midrange pedigree and £379 pricing of the Mate 20 Lite in the UK. Alongside this, the phone is powered by 4GB of RAM and has up to 64GB of expandable storage.

Other specifications relevant to the device include a 6.3-inch FullHD+ display and 4 cameras, with the rear duo being 20+2MP while the selfies cameras stand for an interesting 24+2MP. The cameras will also support real-time HDR previews and slow-motion capture via 480fps video. The phone's 3,750mAh battery is capable of fast charging with a wattage of up to 18W.

Also making the cut are Huawei's plethora of AI features, such as the usual suite of beautification and scene-detection in the camera app, alongside QMoji, Huawei's version of Animoji. Other AI-powered features include those to do with shopping, gaming and noise cancellation.

Via and image: Android Authority