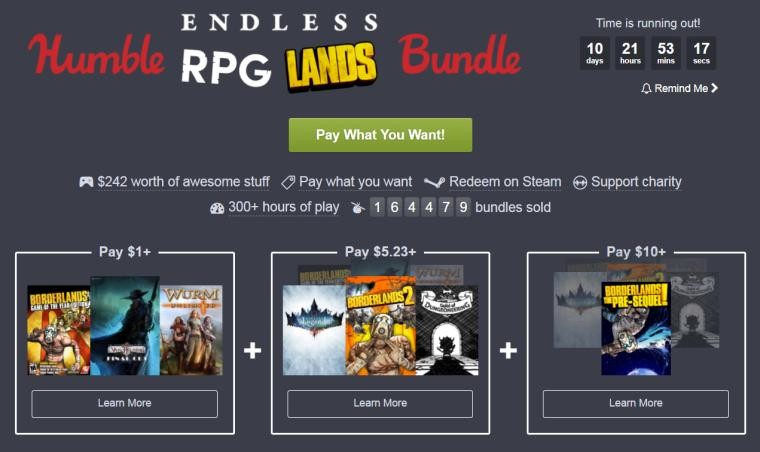 In a deal that was likely not pay what you like, Humble Bundle has been sold to media company IGN for an undisclosed sum.

According to a press release announcing the deal, Humble Bundle will see few, if any, staff or operational changes and continue to operate independently. IGN's influence will apparently be in the area of helping to raise money for charity and helping the site grow.

"If it's not broken, don't fix it," IGN executive VP Mitch Galbraith told Gamasutra. "The idea is just to feed them with the resources they need to keep doing what they're doing."

Humble Bundle co-founder John Graham reiterated that sentiment. "We want to stick to the fundamentals in the short term. We don't want to disrupt anything we're doing right already. Because of the shared vision and overlap of our customer bases, there’s going to be a lot of opportunities."

Humble Bundle, which was launched in 2010, started as a site that sold games to users at pay-what-you-want prices, with the proceeds going to charity. Since launch, the site has raised more than $100 million for various charitable organizations, including the Red Cross and the Make-a-Wish Foundation.

“We chose IGN because they really understand our vision, share our passion for games, and believe in our mission to promote awesome digital content while helping charity,” Jeff Rosen, Humble Bundle’s CEO and other co-founder, said in the press release. “I can’t think of a better partner than IGN to help Humble Bundle continue our quest.”

Humble Bundle has been a regular fixture in our Weekend PC Deals feature. Given that the site will continue to raise money for charity, with added help from IGN, the move should be a good one for all concerned, especially the charities.