Taipei Times reports Microsoft Taiwan has announced during a press meet that Internet Explorer 8 will be released on March 20 in the local Taiwanese version. It was earlier predicted that Microsoft will RTM IE 8 in the week of March 16. Now we can expect the release of Internet Explorer 8 alongside MIX09 on March 19.

As the Taiwanese version is getting released on March 20, we could expect Internet Explorer 8 (English version) being released in MIX09.

For now, the version information of IE 8 in the About screen does not reflect Release Candidate 1 in the recent Windows 7 builds 7048 and 7057 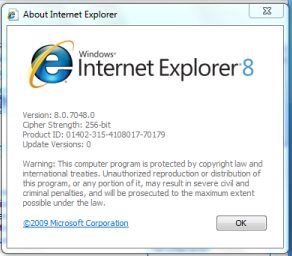 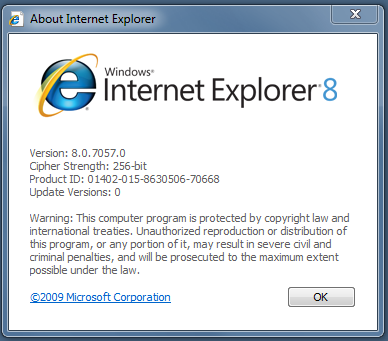 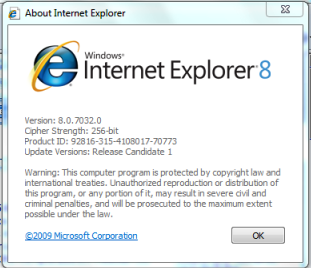