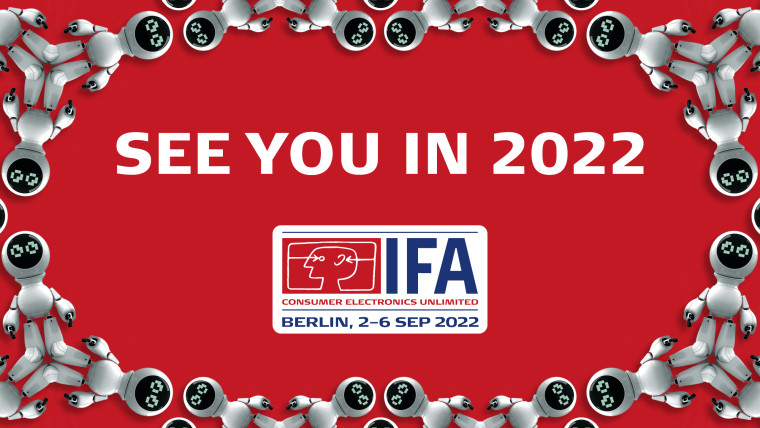 The organizers of IFA announced today that this year's event would not be able to go through as planned. Last year, IFA adopted an "innovative concept" so the event could be held despite the COVID-19 pandemic. This meant dividing into four separate events and not permitting more than 1,000 visitors each day. Organizers had hoped that they would be able to hold a physical event under normal circumstances, but that no longer seems possible due to growing safety concerns.

We planned, hoped and tried to make the impossible possible – and yet had to cancel #IFA2021. We're #heartbroken, but full of confidence for #IFA2022!#seeyouatIFA2022https://t.co/VzBGNTCvFA pic.twitter.com/ZvM2FCnLv1

The main reasons for the cancelation of the event are the rapid emergence of new COVID-19 variants and added "uncertainties about the speed of the rollout of vaccination programs around the world." Another factor is that Messe Berlin, the exhibition grounds where IFA takes place, has allocated some of its space into a vaccination center and an emergency hospital facility. Kai Hillebrandt, Chairman of the Supervisory Board of gfu Consumer & Home Electronics GmbH, remarked:

"There simply are now too many uncertainties. Therefore, right now it has become near impossible for anyone to responsibly plan their participation in any trade show.”

Meanwhile, t﻿his year's MWC, which typically takes place in Barcelona, will still be going through under a "multi-layered" plan, which will ask participants to enter the event using the My MWC smartphone app and will only let in participants if they've been recently tested for COVID-19.

Organizers hope that IFA can return to a full-scale live event next year in September at the Berlin exhibition grounds.﻿﻿﻿﻿