CNet was able to get an exclusive look inside one of the largest data centers in the world, owned by Microsoft to help power cloud-computing with Windows Azure. The secret location of the data center, located somewhere in Chicago, is not your ordinary data center setup, they're in shipping containers.

The new water cooled facility, which runs 7.5 miles of piping, is roughly 700,000 square feet, where each shipping container occupies roughly 12,000 square feet each and consumes three megawatts of power, on average. 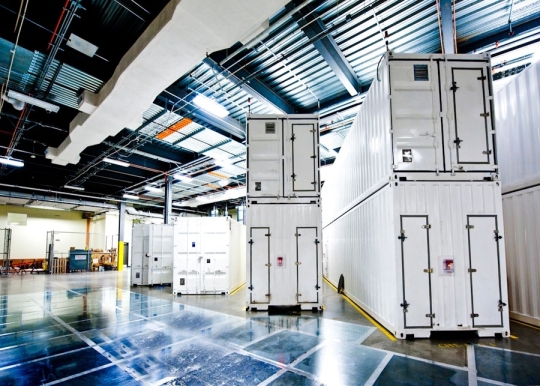 The general manager of infrastructure services for Microsoft's data center operations, Arne Josefsber said, "I think, I'm not 100 percent sure, but I think this could be the largest data center in the world."

Microsoft plans to talk about the commercial launch of Windows Azure at this year's Professional Developers Conference (PDC), in Los Angeles, where Neowin will be reporting live.