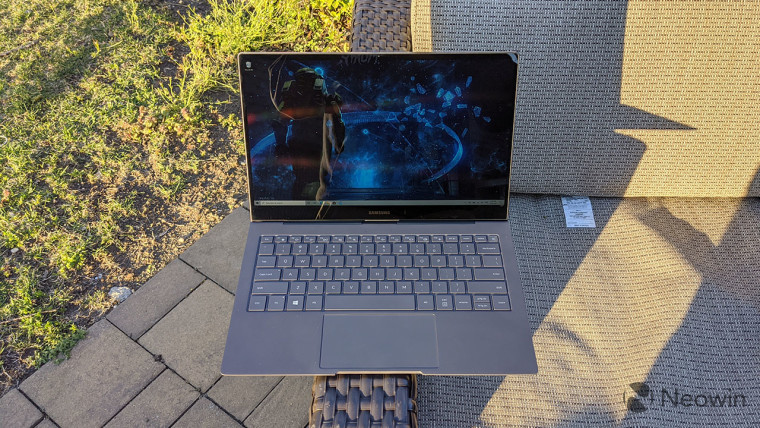 Last year, Samsung introduced the Galaxy Book S, one of the first laptops to be powered by Qualcomm's Snapdragon 8cx. Later that year, it was revealed that an Intel-powered variant, based on the Lakefield family of chipsets, would eventually be coming to the market as well.

Now, as spotted by Notebookcheck, Samsung's Canadian website briefly listed an Intel-powered version of the laptop, with a complete set of specifications. The listing has since been taken down - it will show up in search results, but the link will redirect you back to Samsung's home page - but all the information was captured in time.

The listing mentioned that the laptop is powered by an Intel Core i5-L16G7, which isn't a product that exists yet. This is the same processor that has previously been spotted in benchmarks, and it was also rumored to be inside the now-delayed Surface Neo.

Aside from the processor, almost all of the specs on the Intel-powered Galaxy Book S are the same. It has a 13.3-inch Full HD display with touch, 8GB of RAM, and up to 512GB of storage. The battery is also the same size, but according to the report, the Intel variant only promises 17 hours of battery life, a noticeable step down from the 25-hour claim of the Qualcomm model. The Intel variant also misses out on LTE.

Last year, Intel detailed the Tremont microarchitecture that will be at the heart of Lakefield processors. The company has yet to announce any actual processors that are part of this lineup, but this should pretty much confirm the existence of this specific variant of the Core i5. Hopefully, an official announcement isn't too far off.