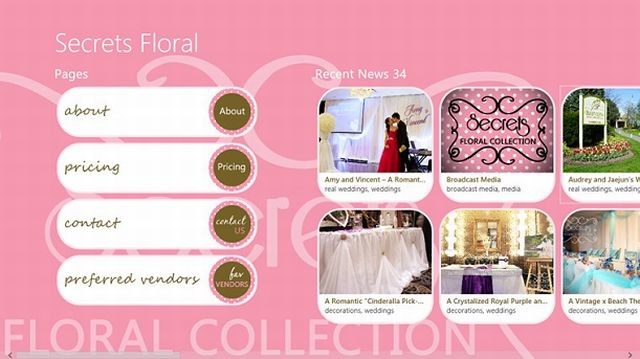 Several months ago we first reported on IdeaPress, a service that lets people who operated WordPress-based blogs a way to turn them into Windows 8 apps. Since then the company has launched ways to turn those same blogs into iOS, Android and Windows Phone apps. In fact, the company is teaming up with Microsoft to offer the first 100 users that make a Windows Phone app via IdeaPress a way to publish their app in the Windows Phone Store for free.

We got a chance to ask some questions to IdeaPress marketing manager Mathieu Dubuc about their expanded blog-to-app company and how he feels about the changes Microsoft has made to Windows 8.1, among other topics.

How did IdeaPress come about?

IdeaPress started as a project for Microsoft. They had a number of blogs that they wanted to make Windows 8 apps for. Instead of developing custom apps designed for each website, we decided to take advantage of the fact that all of the blogs were WordPress websites. Once we saw the effectiveness of IdeaPress for Windows 8, we decided to expand the service onto mobile devices.

How easy is it for people to turn their WordPress blog into a Windows 8 app?

Pretty easy! There are only a few steps needed in the process. First you download and activate the plugin (only if you have a self-hosted website). Then you input your websites URL and start designing your app. We have a number of templates to work with; and you can also choose the colors, pictures, font and categories that you wanted included in your app. After that you can download your app package and submit it to the store. It usually takes under a minute from clicking submit to getting the email with your app package. We've made it our goal to make the wizard accessible to anyone, at no point will you have to code anything. I work in marketing here at Idea Notion and don't have any serious experience in coding. During my testing of the service (from installing the plugin to uploading it to the app store) I never once had to look at any coding of any kind. All in all it took me about an hour from start to finish. Based on experience, I'd say that they longest part is usually getting all of your pictures ready and/or preparing your privacy policy. All app stores require a privacy policy for apps, IdeaPress generates a basic one automatically that you can use, but if you have special requirements then you need to take the time to write your own.

IdeaPress has had this service for a while now. About how many WordPress blogs have been turned into Windows 8 apps since it launched?

I'm not sure about the exact number as it changes everyday, but we've had about 2,500 apps made using the wizard. We ourselves have published about 500 apps at the request of bloggers who needed help publishing.

What's been the reaction from the people who have take advantage of this service?

Reactions so far have been positive! What we've been hearing is that people are really appreciating how accessible our system is to different groups. Heavy coders and developers can download their app packages for further tweaking, while casual bloggers can just send their package on to us for publishing. We've tried to keep that mentality in place for IdeaPress mobile. We're still offering free app creation and downloads, while also allowing more inexperienced people have us do the publishing for them. 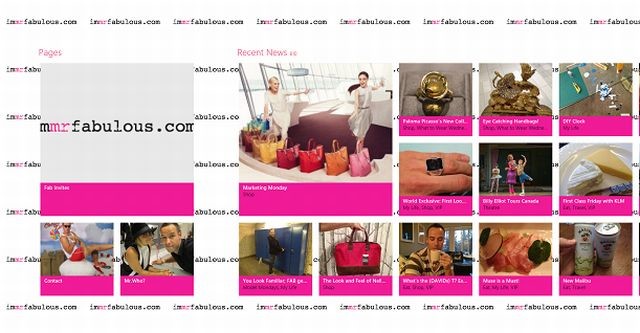 IdeaPress now has versions of this app for iOS, Android and Windows Phone. What are the difference between these apps and the Windows 8 version?

Some of the greatest differences between the Windows 8 and mobile versions of IdeaPress are the design of the wizard and layout of the apps that you can make. Since we've added so many different platforms, we wanted users to be able to keep track of all of the apps that they make. The new wizard lets them have multiple projects for multiple websites at the same time. Additionally, we've added a live preview of your app while you work. That way, users can see how their app will work once it's actually published. The live preview was one of the "most wanted" features from past IdeaPress users so we're happy to offer it now. We changed the available layouts to better reflect how content is displayed on smartphones.

Obviously the old Windows 8 templates wouldn't working on a iPhone so we added a whole slew of new templates to help users make their apps as unique as their websites. The biggest change however is the addition of dynamic updating. With the classic version of IdeaPress, apps would update with new content, but if you wanted to change the design or layout of your app, you had to resubmit your app to the store. With this version of IdeaPress, you can change the style and layout of your app on the online wizard and the changes will be pushed to each user the next time they open the app. The difference is that they don't have to resubmit to the store. It's great for when users want to do things like change the layout or change the colors based on the season. We're really proud of the technology and are looking to improve upon it to allow users to add new features to their apps after publishing.

What is your opinion on Windows 8 itself and do you think Microsoft is making improvements with Windows 8.1?

I know that this can be a touchy subject for a lot of people so this will just be my opinion. It took some getting used to at first, but I'm starting to like it more and more. The hardest part was learning to use the keyboard a lot more instead of my mouse to bring up the charms bar etc. I do think that Microsoft has made great improvements with 8.1. The improved split screen functionality has been great, especially when your working on multiple monitors and organizing the Windows Store better has lead to a much better app searching experience. There will always be the die-hard desktop users who prefer Windows 7, but overall I think that Windows 8 is a great bridge between the desktop and mobile worlds. In the future I'd like to see touch apps that can be used just as efficiently as traditional keyboard and mouse applications such as Microsoft Office etc.

Finally is there anything else you wish to say about IdeaPress?

One of our main drivers in the development of IdeaPress is to allow content to be displayed consistently across multiple devices. It's a big project to undertake and almost impossible to solve by ourselves. That's why we're continuing to make IdeaPress open source. We're always looking for community feedback and input and the modular design of IdeaPress means that developers can contribute as they see fit! Have a great idea for IdeaPress? Let us know and we'll get to work putting it in!

We would like to thank Mathieu for answering our questions!