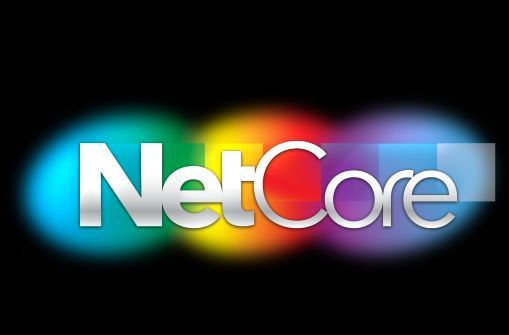 For a person trying to find a job, it can be hard creating a way to present themselves in the best way possible to companies that are hiring new members. For those companies, it can also be hard to go through the many job applications they receive for an open positions. A start up company called NetCore is aiming to change that for both sides with a new online service called NetCore Persona.

We got to ask the CEO of the company, Ash Alom, for more information about NetCore Persona, which is scheduled to launch sometime later this summer.

How did NetCore first start out and how did the idea for the Persona resume service first come about?

I recalled back in 1992, after finding myself unsatisfied with the plethora of odd resume formats and inconsistent styles, I developed a unified international electronic resume format, which would encompass all the information, in an easily digestible and accessible format.  Back then it was developed in Microsoft Visual Basic and was christened “Persona”.  However, in the early 90’s, the internet was way too young to launch this service but it was only a matter of time…

Four years ago, a major player in the computer industry interviewed me to join their VP’s for the completion and launch of a “revolutionary new device”.  After several phone screens by the HR team and senior staff, the company decided to fly me in, at considerable expense for a 3 day long interview.  As they thought I was a perfect fit for the position, the company had wanted me to spend time with my future team.  After I returned to London, I received a phone call from the HR department saying that while they felt I was perfect for the position the team (the subordinates) couldn’t understand my accent.  The British accent was clearly a hindrance to managing an American team who were not used to hearing a foreign accent and so the company couldn’t continue with the job offer.

While it only takes a few minutes to become accustomed with an unfamiliar accent, an individual may make their mind up about a future employee within a matter of seconds.  Like many businesses, that one company spent a considerable amount of money on that single interview.

Recognizing a business opportunity, I decided to re-develop my “Persona” project as a web app, offering employers a more cost effective alternative to interviewing dozens of people.  Now rather than investing time & money on week long interviews, our newly re-developed Persona application will offer the recruiter the one or two perfectly qualified people for the job  …and not worry if that person’s accent will be a problem!

How does NetCore’s Persona resume services differ from others that are currently on the market?

While it’s easy to claim Persona is a live interactive resume, it’s far, far more than that.  It’s a product that projects the job seeker’s true personality –something the recruiter truly wants and needs to see and hence the name “Persona”.

Persona goes beyond an interactive resume; this new iteration is a collaborative, social platform that can be used by an entire recruitment company or an HR department to manage all of their interviewing needs.

For job seekers, it’s a private service to manage their online interactive resume and network with other professionals in a social environment.

How have you developed this software in terms of working with job recruiters?

Long before a single line of code was written, we interviewed hundreds of professionals who work either in the recruitment industry, or in HR departments and conducted several feasibility studies to make sure our product made sense commercially.   In return, we have since secured over 500 early professional adopters and are looking for additional companies who are considering becoming pioneers by taking part in our professional beta test program

What is the audience for this type of service?

We’ve developed our product for all industry types, focusing on an initial 200 industry sectors.  Consequently, we’ve created a very friendly system that works well for an oil rig inspector to an opera singer to a database administrator; from an executive level headhunter to a hiring manager at a fast food chain to government agencies.

Moreover, the foundations of the platform have support for an international release.  We’re currently making certain aspects of our software adhere to corporate, regional, national and international constraints.

What do you expect NetCore to charge customers for using the Persona service?

When we first looked at possible competitors, we discovered there was a handful of companies offering a similar but greatly watered down version of NetCore Persona.  Most of them charged the unemployed job seekers to use their services, sometimes up to $90 per month and didn’t charge corporations anything.  The ones that did charge businesses, charged extortionate monthly fees.  Most of these companies are now out of business!  Not surprisingly, offering an insecure, non-private service with little to no features free to companies who can pay and charging an unemployed person an exorbitant monthly subscription didn’t make any business sense to us.

We don’t want to abuse our customers with such inflated monthly subscriptions and want to offer job seekers a free and useful service.   As such, we’re tailoring the service to businesses in three flavors: Lite, Premium and Enterprise.

Our service is completely free for job seekers or those passively looking to rediscover a better career path.

While Persona can save businesses several thousands of hours each year, it also saves the job seeker much time & money by not having them attending interviews for which they are not really suited for.  We’ve all been on those…

How far along is the company from officially launching the interactive resume service?

Our sincere hope is to be able to fully offer this service by the end of this summer.  However, we are planning on opening an exclusive beta program around mid-summer to our Neowin users, so you can have free access to create your own Persona Profile and to reserve your own personal NetCore.com URL.  It is our hope to open the professional beta program to companies by late-summer and to attempt to officially launch at the end of summer.

Finally is there anything else you wish to say about NetCore and its plans?

To help us to launch this summer, we’ve created a pledge page on IndieGogo (https://www.indiegogo.com/NetCorePersona) to assist with donations to help us in purchasing the multitude of web servers that we need, and to help us to remain on the last hurdle as we reach the finishing line.  NetCore Persona has been internally funded and we wish to keep the company small and not compromise on the quality to you.  So, we’d like to officially invite you to be a part of our Resume Revolution.

We can’t wait for you to try Persona this summer. Join us...