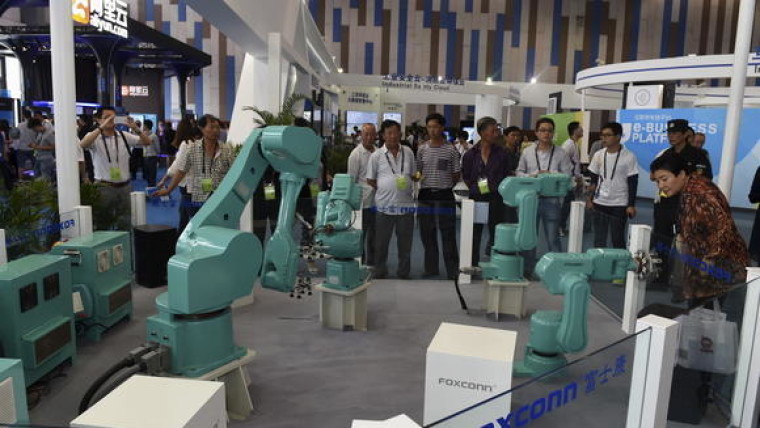 Only a few days ago did over a hundred experts from various AI and Robotics companies sign an open letter demanding the UN step in to restrict the development of killer robots. Now, a Seattle-based cybersecurity firm, IO Active, has discovered that many current robots are very easy to hack and cause potential harm with.

The firm examined industrial as well as home robots from companies such as Universal Robots, Softbank Group Corp, and UBTech Robotics, which are from the US, Japan, and China, respectively. The company was able to hack into these robots remotely through security flaws in the software that the robots have. Once in control of the robots, the company figured out that it could deactivate important safety features. In the case of the industrial robots, this included how it would react to objects near to them, so the robot might not take care to limit its movements if a person approached and could subsequently knock them over, but they could also be reprogrammed to cause more intentional harm too.

The company also released a really disturbing video of one of the smaller domestic robots available, having been hacked, laughing crazily while stabbing a tomato with a screw driver. This wasn't the only issue they found with the smaller domestic robot. These robots were also transmitting and storing video and recorded data unencrypted, which means they could be used as potential listening devices.

IO Active has said it warned the companies in question earlier this year and tried to engage them on over 50 flaws they had identified with the robots, but the companies had failed to take a serious interest in the matter and IO Active has now released its report hoping that this might make them listen.

Since publishing, UBTech has explained that it wishes for its robots to be an open platform where developers are encouraged to program their robots with code responsibly. UBTECH says that it has fully addressed any concerns raised by IO Active that does not limit its developers from programming their robots. The company has described the above video as a sensationalistic exaggeration of the open platform offered by its robots.

When there are almost daily reports of companies being hacked, or of spies trying to gain crucial data, the developers of robots that might be powerful or in places near vulnerable people must make sure that these things are robustly secured.